“I’M THE KIND OF PERSON WHO LOOKS FORWARD” 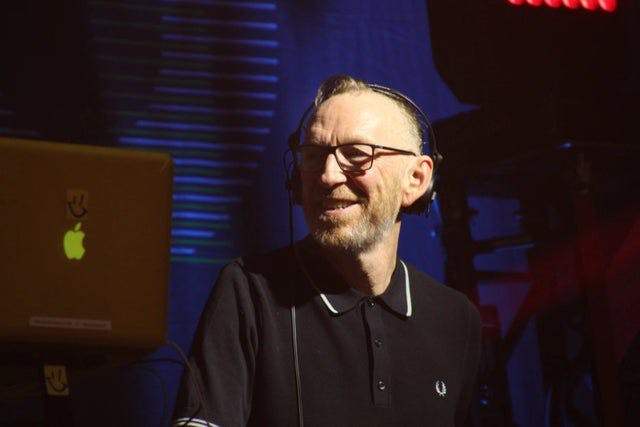 Born during a late night conversation between DJ’s Graeme Park and Mike Pickering and musician Peter Hook over how to keep the original audience from Manchester’s most famous nightclub happy, Haçienda Classical has grown from a home town concert into a major touring entity complete with orchestra, choir and guest singers.

This year they performed on the Pyramid Stage at Glastonbury and a string of tour dates included a memorable night at the First Direct Arena in Leeds. 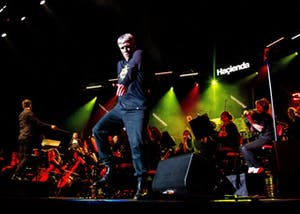 With a fresh series of shows for 2018 just announced – including a return to Leeds – Pickering quite rightly says: “We’re not letting the grass grow.”

He and Park, who were two of the club’s mainstays during the heady days of acid house and ‘Madchester’, are planning a fresh set which, he says, will mark an evolution from the two they’ve done so far with Hook and the Manchester Camerata.

“Some will survive from the second set and I think we might bring one or two back from the first set and then we’ve got a few new ones that we want to put in which we’re quite excited about,” he says. 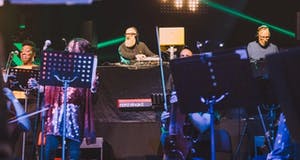 Pickering, 59, says they have “learned so much” from the 25 shows they have done in the last two years.

“We really went into the unknown. The first two were a year ago last February at the Bridgewater Hall. I remember Graeme and I before we went on at those gigs just thinking ‘Well here we go, we’ve not a clue what’s going to happen here’ and the first one was a bit of a technical disaster, the sound was awful, the sound guy had so much to do he couldn’t get it together, and I thought ‘No, no, no, I’m out of this’ but we had the second one already organised so we worked really hard with the sound people and that felt a lot better.

“Then the third one was at the Royal Albert Hall by the time we got there I thought ‘This could really work’. The first year was really honing it down, getting it right, and last year I think it all clicked.

“There will be a lot of differences. We can’t just do the same thing and it’s got to move forward. I think the addition of Rae [Hall] as a singer has really helped us, and Yvonne [Shelton] having more prominence. I can see us having one or two more guests but not interrupting the show.

“It’s been a constant learning curve, and it still is.” 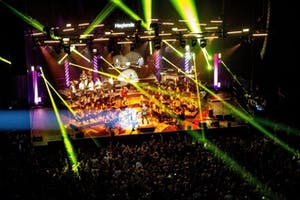 If the music they were playing struck a chord with clubbers who used to attend The Haçienda back in the 80s and early 90s, it seems the experience has been much the same for “all concerned” on stage.

“It was very important,” Pickering agrees. “We all met people, had children, it changed all our lives, really. A lot of it, if you play Promised Land or Someday, they feel very personal because you had such a great time playing those songs [at the time], it became part of our lives.”

The process of putting together the shows starts with Pickering and Park assembling a DJ mix before taking it to the orchestra’s director Tim Crooks to score. “Graeme and I always start on the mix then we record parts of it, leaving enough for us to do on the night, because the orchestra has to have a click track for a start for timing, so it takes a lot of time,” explains Pickering. “Once it’s up and running it’s fine but it takes two or three months to get all this together before a tour, which is why we’re doing it in tours now rather than random dates, because once you’re set up and ready to go it’s hard to change. It’s quite in-depth to have an orchestra play non-stop for 90 minutes, but we really wanted that.

“The first time we did it at Bridgewater they wanted an interval and we were like ‘You can’t have an interval, you’ve got to go all the way through, you don’t get intervals in clubs’ and the guy at the Bridgewater Hall was like ‘But everybody has an interval with an orchestra’. We said ‘Can you allow them to bring their drinks into the hall?’ and they were great.

“That’s one of the good things about this – everywhere we’ve played people have been just open to how we wanted to do it – festivals, everything. Glastonbury was an amazing moment and it’s great that Nick and Emily and Michael Eavis were like ‘Please open [the Pyramid stage]’. I was not sure, it was going to be light. I should have remembered it was Glastonbury and people were going to be getting up, it was more of a rave thing, but it was completely light. It was like a eureka moment, people pouring into the field.”

The Haçienda nightclub itself may have long gone the way of redevelopment but Pickering speaks with evident fondness of the place – “I slept in there, it was our life,” he says. Yet he recognises “everything has got to pass” and Haçienda Classical helps to bring the concept into the present day. “I’m the kind of person who likes to look forward, that’s the only reason I’m doing the Haçienda Classical,” he says. “I wouldn’t usually do something that’s retrogressive, but I don’t think this is because it’s a new concept and we’re reinterpreting it.”