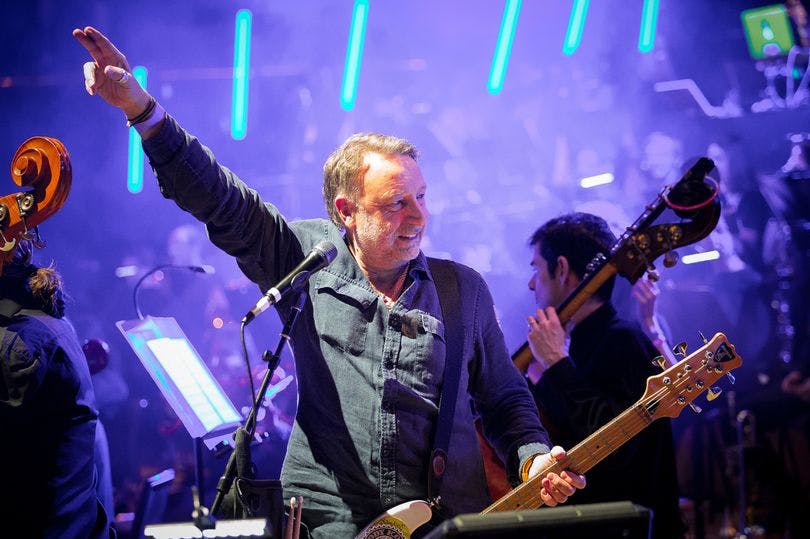 Peter Hook has seen and done it all – but he can’t quite believe what he’s created with the Hacienda Classical concept.

THE incredible spectacle has won rave reviews – dance star Judge Jules said the London show was one of the best nights of his life – and its is set to wow Scottish fans for the first time at Glasgow’s SSE Hydro.

Hooky told 7Nights: “People know this music and have done for years but have never seen it performed

“This performance electrifies people, especially done so well by the choir, the singers, the orchestra.

The joy on people’s faces is incredible. For a dyed in the wool rocker and club goer like me to venture into another world and marry classical with dance is just amazing.

“It leads into the orchestra so beautifully, then when they take over for the last three quarters of the show, it is a triumph.

“It’s been really hard work but it is wonderful celebrating the past by creating something new. I think Rob Gretton and Tony Wilson would be very happy with the madness of it all.” 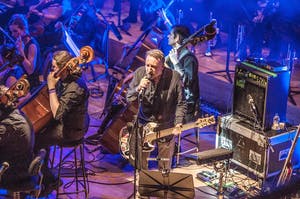 It is, of course, vital to Hooky that it’s all done in the spirit of the Hacienda, the club which became and still remains a part of his soul.

He said: “I am here to safeguard the heritage of The Hacienda, what New Order created with Factory.

“It changed the culture of clubbing, the face of Manchester. There has always been a real musical affinity with Glasgow and Manchester so to bring this here is an absolute pleasure. It’s another wonderful moment the Hacienda has given us.

“It’s well documented I was very cynical about the whole thing, I didn’t appreciate what Rob and Tony had in mind for Manchester and the world. So I am delighted to be still part of it and flying the flag. Even for the rest of f****** New Order, the miserable b******s.” The prospect of bringing the show to the massive SSE Hydro clearly has Hooky buzzing.

He said: “It’s great as there are sublime moments you celebrate in music with real passion. A lot of the musicians are really upset they have had to go back to Mozart, what a compliment.

“We have found a bridge, a new bridge between the two genres and the musicians love it.

“I play with them, it’s strange. They are highly taught whereas I learned through the bottom of a pint glass.

““What a voyage, and I can’t wait to bring it to Glasgow.” 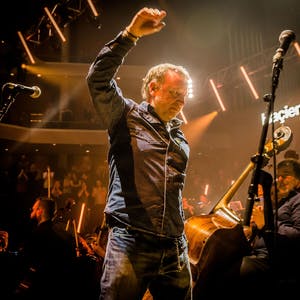