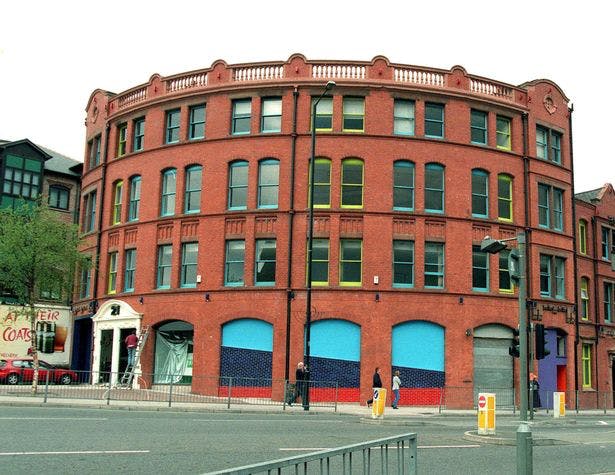 Graeme Park, Greg Wilson, Jon Dasilva, Allister Whitehead and Tom Wainwright all pick one track which reminds them most of their time spent at The Haçienda. 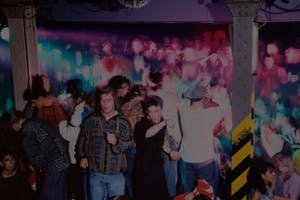 There are few clubs in the history of UK dance music culture that are as renowned as The Haçienda. The Manchester-based space, which closed back in 1997, was at the epicenter of the rave revolution and will forever be considered a key part of the acid house movement.

These days, the spirit of the club lives on through spin-off parties (including an incredible stint of orchestra led concerts) curated by those artists who were instrumental in its original success.

“Hashim’s killer Electro cut ‘Al-Naafiysh (The Soul)’ is one of the tracks that most reminds me of my time at The Haçienda. Released on the Cutting label, it went massive with the black audience as soon as it came in on import, and was a big favourite with breakdancers Broken Glass, who were pretty much the club’s resident dance crew throughout my tenure. It was still being played towards the end of the decade, at the height of the rave era, revered as a Haçienda classic.”

“There were notoriously so many bad pressings of seminal Chicago House and Acid House 12’s back in the day, generally because they all came from Larry Sherman’s (Trax Records) pressing plant, making the sweaty job of queuing up and, god damn it, mixing the pesky things a nervous nightmare!

This gem was possibly top o’ the pile for its consistently devious ways of making your life difficult. We all had copies, and all of em were near impossible… we managed though, jusst, and why? Because it was one of those stand out tracks. Minimal, moody and dubby. Those three words should be enough to get the hairs on any self respecting DJ’s neck standing to attention.

Oh and it was an acid track… I could rest my case there, were it not for the glorious use of two elements… TB-303 / TR-808 and space, all beautifully overdriven on the desk by Farley. It’s later fate was being sampled or ripped one way or another by Technotronic, a most ignominious end, although I hear rumours of a good reissue pressing knocking about. Go get.”

“It’s tough to pick one seminal track from my nine years at The Haçienda. There are so many. However, after much consideration, the track that I keep coming back to is ‘Surrender Yourself’ by The Daou. To me it perfectly sums up what The Haçienda was all about.

It feels dangerous and unhinged. It’s full of atmosphere with an occasional dark and moody edge to it. It builds and builds to an incredible crescendo and completely draws you in with its psychedelic energy and craziness. The repetitive groove demands your surrender and you have no option but to submit to its glorious, chunky and funked up beats and rhythms as the delicious bassline pumps and your heart rate increases as you get lost in the groove.

Plus, at 14 minutes long, it was one of the few tracks long enough for me to make the epic journey to the toilet in the basement via the cranky old lift behind the bar. Perfect!

“There were so many outstanding tunes from around the world championed at the spiritual home of dance music. However, it’s a track from an elite group that, in my opinion, took house music to a new level and achieved a euphoria unique to The Haçienda and emulated to this day. Drum roll please… X-Press 2 ‘London X-Press’.

During my time at The Haçienda, British house music was in fine fettle and to play ‘London X-Press’ there and see the reaction to one of the greatest and most influential house tracks ever was special. The bassline, the amazing breakdown and then those sirens… until arms raised for an orgasmic build up back to that slamming groove – pure Hacienda madness!”

“This is quite weird for a big record in that it has a clunky title, it’s by someone I’ve never heard from since and not much happens in it for about the first five minutes. What it does have though is this remarkable piano/sax/big drumroll breakdown that takes it from ho hum 90s US house track to enormo party banger.

“I’d like to say this is one of those tunes that was massive at The Haçienda but nowhere else, but in truth I’ve never played anywhere where it’s not gone off fairly alarming.”