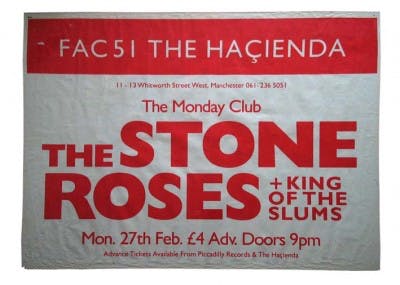 I Wanna Be Adored 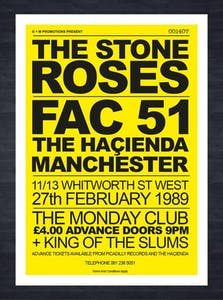 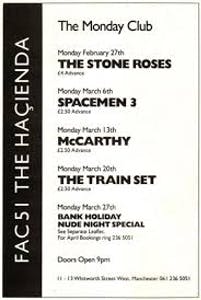 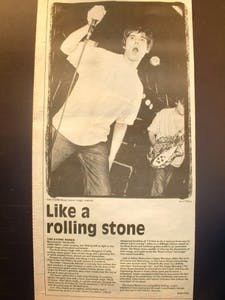 Dangerous, desperate, and riding a crazy, spunout guitar, they’re like Vini Reillys Durutti Column in overdrive.
The initial ‘I Wanna Be Adored’ is not only their anthem but their ambition. A major burnout, it ranks with the best of the new American guitar wave. Fuzzbox battles phaser while singer Ian Brown’s glorious, easy voice travels over the top as though it were gravel on ice.

The Roses genius lies in their easy blending of summery, blissful energetic pop with a hard psychedlic edge. ‘Made Of Stone’ their latest single, is a prime example, merging the wired intensity of Dukes Of The Stratosphere’s 25 o’clock with the prime time pop of ‘All Mod Cons’.

Live they display an arrogance and brutality that’s conspicuously absent on vinyl. ‘ Shoot You Down’ with it’s whispered hookline of “I’d love to do it and you know you’ve always had it coming” takes on a chillingly sinister aspect as brushed drums and subdued guitars build to an inexorable climax. The Roses seem capable of altering the dimensions of their songs, and make tunes like ‘Resurrection’ last longer than seems bearble.

Like fellow Mancunians Happy Mondays, The Stone Roses develop an atmosphere that’s both enticing and frightening. Brown’s head rollicks back and forward, a demented, empty expression weaving its way across his face as he sings of his obsessions. It’s his continued reference to adoration, resurrection and sexual confusion that defines the very heart of the band.

The Stone Roses are a compulsive feeling, a post-adolescent love trauma put through a psychedelic mangle and shot out at full volume. Massive.