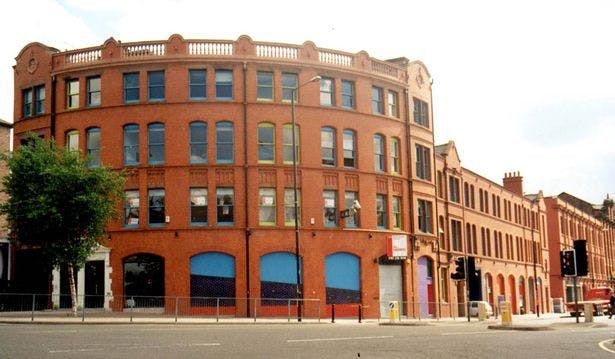 For Factory Records co-founder Alan Erasmus, looking back on the opening of the Haçienda 40 years on is somewhat “bittersweet”. Last weekend marked the landmark anniversary of the club, which would go on to “change Manchester and the world” after first opening its doors on May 21, 1982.

It has been a time of reflection and celebration for many – with an anniversary party held back at the original site, now an apartment block, last Saturday night. Meanwhile a new BBC documentary is also being prepared to tell the unique story of how the club came to be built, and it’s unique legacy in the cultural world. 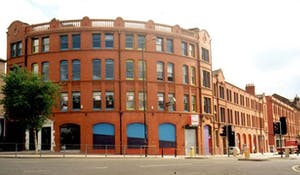 But it could all have been so different, explains Alan. He, together with Factory Records’ Tony Wilson, Rob Gretton, Martin Hannett and Peter Saville, would have lengthy discussions about the nightclub plans, first mooted back in the early 1980s.

At that time, Alan had already been running the Russell Club in Hulme, and could somewhat foresee the problems that lay ahead in opening a club of the size and ambition that the Factory founders envisioned. Indeed, he says that he, along with record producer Martin, both voted against the idea.

But, with Factory being based on democratic principles the majority vote was carried – and the rest is history. However, from the earliest stages of the plan in the early 1980s, costs began to spiral.

Remembering the initial vote on the idea, Alan recalls: “Me and Martin voted against it, I recall it was all Rob’s idea, and he said it would be an investment of £50,000. Then £650,000 later you know we had a club.

“Me and Martin didn’t want to do it for different reasons – Martin because he wanted to invest in computers and technology, while I had the Russell Club going at that time, I could see down the line the problems you had coming with gangs and drugs becoming more organised. From that perspective I could see problems.

“When we first opened it in 1982 we opened it every night, but you don’t open a club every night unless it’s the right place, you’ve got the right artist management. That was the initial thing that went wrong I think.

“We also had a five star chef – this high-rated chef in the kitchen doing things like chicken in rosemary sauce, when your punters want burger and chips. I mean, it was wonderful food, it was spot on for a restaurant in Soho, but not for a club in Manchester!

“No one knows how much was lost in total. But I think Hooky [Peter Hook] said it was £6million”. 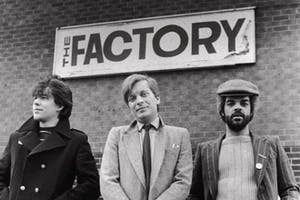 Alan recalls, however, that from the earliest moments of the nightclub plan, he had pushed for an alternative site for the Haçienda. An old warehouse was available to buy in Castlefield that he thought would have been perfect.

At that time, the former shipping district was laying in ruins and derelict – but Alan spotted the potential among the warehouses of Castlefield for Factory’s plans for a creative and musical hub for the Haçienda.

He says: “Just near where Dukes 92 is now, in Castlefield, is the Duke of Bridgewater’s Warehouse [Merchants’ Warehouse], it is what should have been the Haçienda. I’d been to Plan K in Brussels, it was an old sugar warehouse, there were multiple floors, multiple spaces for film and music – and that’s what I could see could being done at Bridgewater’s Warehouse for the Hacienda.

“It was ideal, the whole place had a magical feel to it, it still does with the beautiful bridge there, that was where the Haçienda should have been built. But Rob and Tony didn’t catch what I was saying, I was outvoted, and Jimmy Ramsbottom bought it for £25,000 I think – I was so pissed off.”

Of course history would prove both Alan – and entrepreneur Jim Ramsbottom right – as the Merchant’s Warehouse, redeveloped by Jim and architect Ian Simpson, would form the start of the regeneration of Castlefield into the hub of bars, restaurants and office space we have today.

But back in the early 1980s, missing out on the Castlefield warehouse meant the search for a new location for the Haçienda would take the Factory team in a different direction.

Alan recalls: “So then someone came up with this idea of the boat warehouse on Whitworth Street. I said ‘as long as we get a good deal to buy it’. But then a large rent was agreed. 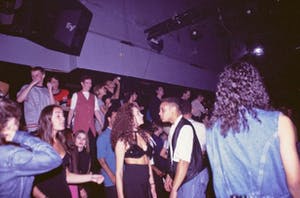 Costs famously spiralled as they created a unique design for the building courtesy of Ben Kelly, and Alan recalls a further £100,000 was needed to create a balcony in the main area. He recalls the design of the Gay Traitor Bar downstairs, themed around the Cambridge spies.

Alan says: “I mean the place did look great, it was so interesting, but it did distract, and it did absorb a hell of a lot of money. It was five or six years where it was just a money pit.

“It never made anything, and it had to be kept going because we were tied into a longish lease. I know that a lot of people out there went and had a brilliant time. I still have people coming up to me to say “you destroyed my life I went to the Hacienda when I was 18 and nothing else has compared since.”

Despite his misgivings in those early days, with the passing of time Alan can see the impact the club had on Manchester and its extraordinary legacy. He says: “I‘ve not been to a club out there for a long time, but I doubt there will ever be anything like the Haçienda, or Factory, again. It was a unique creative platform.

“I know a lot of people had a brilliant time there, that cultural entertainment aspect of it. I can only sit back and applaud it.

“I remember the big birthday nights especially. We had a fairground in there once with a helter skelter. At Nude we had a swimming pool in there on the dancefloor. You could feel the atmosphere in there some nights and I’ve never felt that anywhere since.”

Alan says today: “For all the ups and downs, I don’t regret it. It did distract us from more important developments within Factory I think as more of a creative platform than we had developed at that point.

“But the Hacienda made its place in cultural history most certainly. There was some very interesting nights – Nude, it was iconoclastic, it was way ahead of other clubs. A lot of things we did at the Hacienda, wouldn’t have been done anywhere else because of the financial implications. But for us it was always done regardless of costs.”

He also remembers just how significant the Hacienda became in putting Manchester on a world cultural map. He says: “I remember coming back from New York once and Time and Newsweek, they both had lead stories inside about Manchester and the Haçienda. Along with Factory I think, it did something for Manchester.

“At the point where it did take off as this rave dance venue, at the universities in Manchester the applications doubled or trebled, everyone wanted to study here so they could party here. I think in that respect we did a lot for Manchester. The Haçienda was a one off, never to be forgotten. It was the best club in the world for a time. People tried to copy it, but they never really did.”

Alan identified early on in the club’s running that they needed a change in direction – and pushed for the appointment of Paul Mason, who is credited by many as changing the fortunes of the club.

Alan said: “Paul Mason made it work. When Paul came in he changed things. Years later I remember getting a blood test at Withington Hospital, there was a lady there, a nurse, and it turned out she used to work at the Hacienda and we got talking.

“She said: “Paul he made us have a float on the till!” We knew it was going to be different when he came in.” 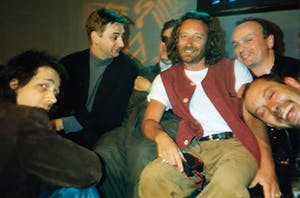 He also credits meeting DJ Mike Pickering and bringing him to the club with it taking on a new significance in the global music scene. Alan says: “Mike is a wonderful man. Through Mike we got the Chicago Detroit sound and that’s where rave culture came from.

“The Haçienda at that point took off at the end of the 80s. For three or four years, it took off musically, we had some wonderful nights. The birthday parties were astonishing, we put money in that we knew wouldn’t be recovered.

“Factory had no financial business sense (well it did, it had me) but we had some very successful nights. There were some really brilliant appearances.”

Alan, 73, would go on to sell his shares in the Hacienda to Rob Gretton in around 1993, amid escalating problems at the venue. He says now: “All the talk about gangs terrorising, they wouldn’t terrorise me, I wouldn’t accept that. But we had problems on the door. We decided to close it for a time at that point.

“I took on the job of finding security. I put in a team, one associated with West Ham, and they did a great job. But they were attacked by the Salford/Cheetham Hill mob – the police were on the railway bridge filming it all so they were all nicked.

After Rob died aged just 46 in 1999, Hook would go on to purchase the other half of the trademark rights. As for the Hacienda building? It was demolished in 2002 to make way for new apartments on its footprint on Whitworth Street West.

So what does Alan think now about the revival of interest in the Haçienda brand? He backed the 40th anniversary event in no small part because of its drive to raise funds for charities including the Legacy of War Foundation. Well known for his humanitarian missions, Alan recently travelled to Kyiv on a charitable and awareness-raising mission.

He says: “The aspect of a phenomena like Haçienda, Factory, Joy Division and New Order is that it will get bigger, it will grow, because it’s something people can indulge in. The philosophy of Factory was about honour, it was about a handshake, it’s important. If there were more honour in the world it would be a nicer place.

“Young people now are picking up on the bands and the philosophy – it was an unusual thing to attempt, but it will keep on building because there’s so much to build on.”

As for the future? He laughs: “I’m sure you’ll see a 100th birthday party in the Haçienda basement as well.”