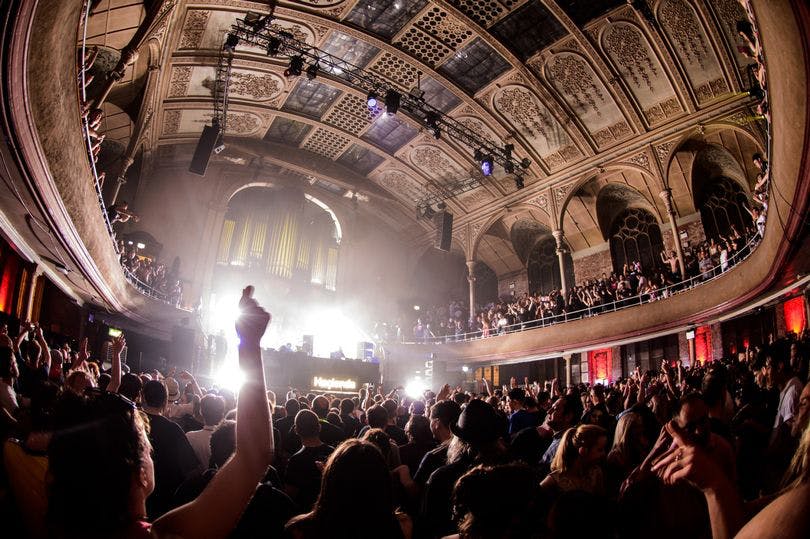 As well as two shows at the Bridgewater Hall reinterpreting records from the old club in a classical style, FAC51 The Haçienda will stage another take over of the Albert Hall.

Haçienda heads are in for a spectacular February as both the much anticipated Hacienda Classical show hits the Bridgewater Hall and a more old skool experience of the legendary club returns to the Albert Hall.

FAC51 The Haçienda is back at the City Life Award winning venue for the fourth time on February 12, with DJs David Morales, Graeme Park, Mike Pickering, and opener Herbie Saccani lined up to play. Kenny Dope will also make his debut for FAC51 and as half of Masters At Work.

The night, which runs from 10pm-4am, comes a week after Graeme and Mike – ably assisted by old Haçienda boss and New Order bassist Peter Hook – take classic records from the club’s dancefloor into the elegant Bridgewater Hall for an orchestral interpretation on February 5.

In fact, fans of the club can get a double dose of Haçienda highlights on February 12 as the classical show – performed by the 40-strong Manchester Camerata orchestra – returns to the Bridgewater for a second sold out show.

Entry to the Albert Hall show has been extended to 12.30am for anyone looking to attend both shows on February 12.

Speaking about the Albert Hall gig, Graeme Park told the MEN: “I’m utterly thrilled and elated to be performing twice for The Haçienda in Manchester on February 12. First alongside Mike Pickering and the Manchester Camerata at the glorious Bridgewater Hall for the Hacienda Classical show which will blow your mind.

“Straight afterwards, Mike and I head over to the incredible Albert Hall for what promises to be another epic Haçienda club night where we’ll be DJing with New York legends David Morales and Kenny Dope. Help!”

Mike Pickering also commented: “It’s a night I’m really looking forward to, performing the classics of the Haçienda with the orchestra and then onto what is one of my favourite Manchester venues, The Albert Hall, and sharing the decks with Graeme, David Morales and Kenny Dope.

“It is set to be a very special night for all of us.” 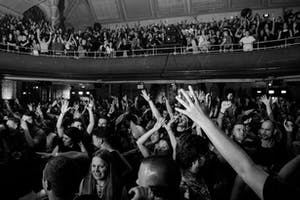