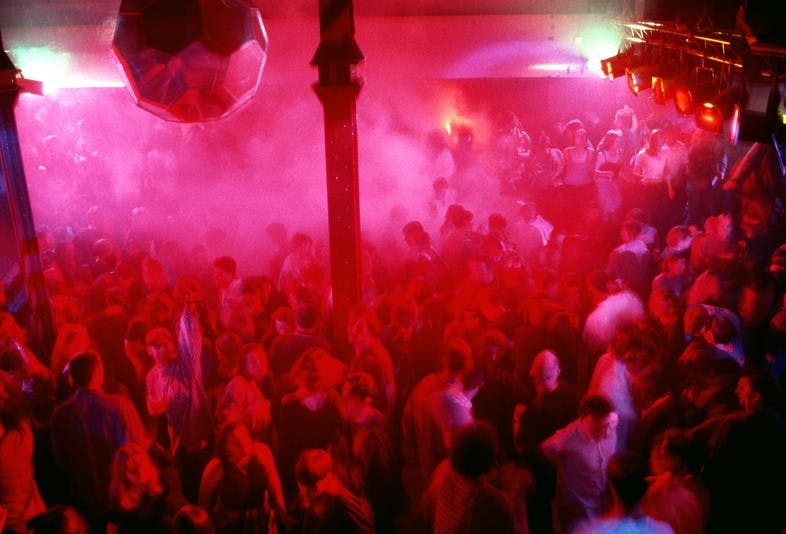 This year’s Haçienda Christmas party sees the club back at The Warehouse Project for its first event with the club in over three years. Taking place Saturday 30th December, the night once again sees some of the finest US DJ’s guests taking charge alongside The Haçienda’s own original DJ influences.

As the DJ’s playing share a long history and association with FAC51, both via the records they have produced and having played at the original venue and more recent events, we caught up with Todd Terry, Kevin Saunderson and the club’s longest serving resident, Graeme Park, to chat over The Hacienda then and now and being back to the WHP for Christmas.

One of the finest DJ’s and producers in the world, Todd Terry, whose unique blend of tough garage beats, hip hop, techno and classic vocals have seen his records shape dance music heart and soul. Beyond the smash number one hit of Everything But The Girl’s “Missing” produced by Todd, his productions such as “Keep On Jumping”, “Something’s Going On” and remixes for the likes of Pamela Fernandez, Bjork and George Michael amongst others are considered some of the very best works ever produced. With a body of work stretching back three decades, just to mention these few tracks scarcely does justice to Todd’s catalogue. 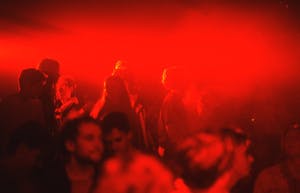 A regular at the original Whitworth Street venue, who headlined many New Years Eve and Birthday parties in the nineties, Todd remembers that the “the club  was always exciting. What was great for me was that I always got a chance to break new records, laying down new tunes such as Weekend, Bango and Orange Lemon’s Dreams of Santa Anna which the crowd took to straight away. That gave me real confidence in the material.”

Equally Told, much admired and well loved in Manchester also remains a great fan of the city and its scene. “Every time I visit Manchester, the city is always vibrant. People are always ready to party there and it has a unique vibe to it that doesn’t compare to anywhere else.”

A name known to any dance music aficionado as Reese, Inner City, E-Dancer and as himself Kevin Saunderson, Kevin is also one of the most influential producers in dance music history. A core member of Detroit’s “The Belville Three” with Derrick May and Juan Atkins, Kevin’s tracks, “Good Life”, “Big Fun” and “The Colour Of Love” were huge worldwide hits in dance music’s early days and remain seminal today. Again like Todd, that’s aside from his huge body of work including more underground tracks like “Star Dancer” and his “History Elevate” series.

Active across the Northern scene at the original Hacienda and clubs like Soak, Basics and more when he was living in the UK and recording for Neil Rushton’s Network Records in the late Eighties, Kevin also recalls the sprit and influence of FAC51. 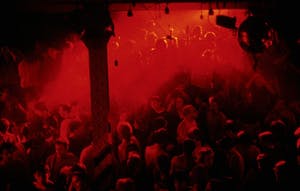 “The Haçienda was always a classic feeling kind of venue. Even then it was obviously very historical and had been around for a few years. What I remember most is that it was all about the music and that gave it one of the greatest atmospheres I’ve experienced in a club.”

“When I first visited back in early 88 the Northern scene didn’t feel that developed but by the latter part of the year it had shot up and everyone was on the same page and the same vibe. Everyone was so enthusiastic. They really cared about what the DJ played and were in tune to this great new music.” 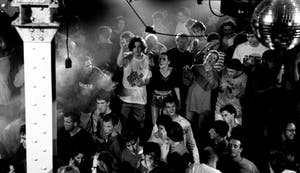 The Haçienda’s very own Graeme Park, Scots born but Manc adopted needs no introduction to the club’s fraternity. An ever present with the club since 1988 onwards and its longest serving resident, Graeme’s considerable talents as a DJ, radio presenter, producer and remixer is well documented and his personal influence on the longevity of the club cannot be overstated.

Looking forward to being reunited with his American DJ friends at the Warehouse Party gig, Graeme reckons that “this is one of the most exciting line-ups of legendary DJs we’ve had. Their music, remixes and productions throughout the 80s and 90s provided the soundtrack to the hedonism of The Haçienda. Their legacies are important and they inspired younger contemporary producers today.”

“I’ve had the pleasure of DJing with them on their respective home turfs and I’ve toured and hung out with them around the world over the years, so I know firsthand how great they are behind the decks too. They can all work a dance floor sublimely, thanks to their years of experience behind the decks. Their craft shines through. They are also rare examples of producers of music who are equally at home behind the decks and in the studio. That is a rare talent that many DJ/producers lack nowadays.”

As for coming back to The Warehouse Project Graeme concludes “I’ve always loved the place as the crowd are amazing and always up for it. Previous Haçienda nights at the WHP have been great but I’m certain that this will be the best one yet. Just don’t ask me what I’m going to play though.”

Todd and Kevin also agree. Here’s Todd first up, “the WHP is always a good party. I get to play what I want such as old school house, disco, funk, and old school hip hop. Can’t wait to hang with you guys, see you soon!”

While the last word for now goes to Kevin.

“I ‘m looking forward to it for sure. Get ready for a combination of classic tracks and  music from the future. Some bits of house, lots of techno, cause that’s who I am!”