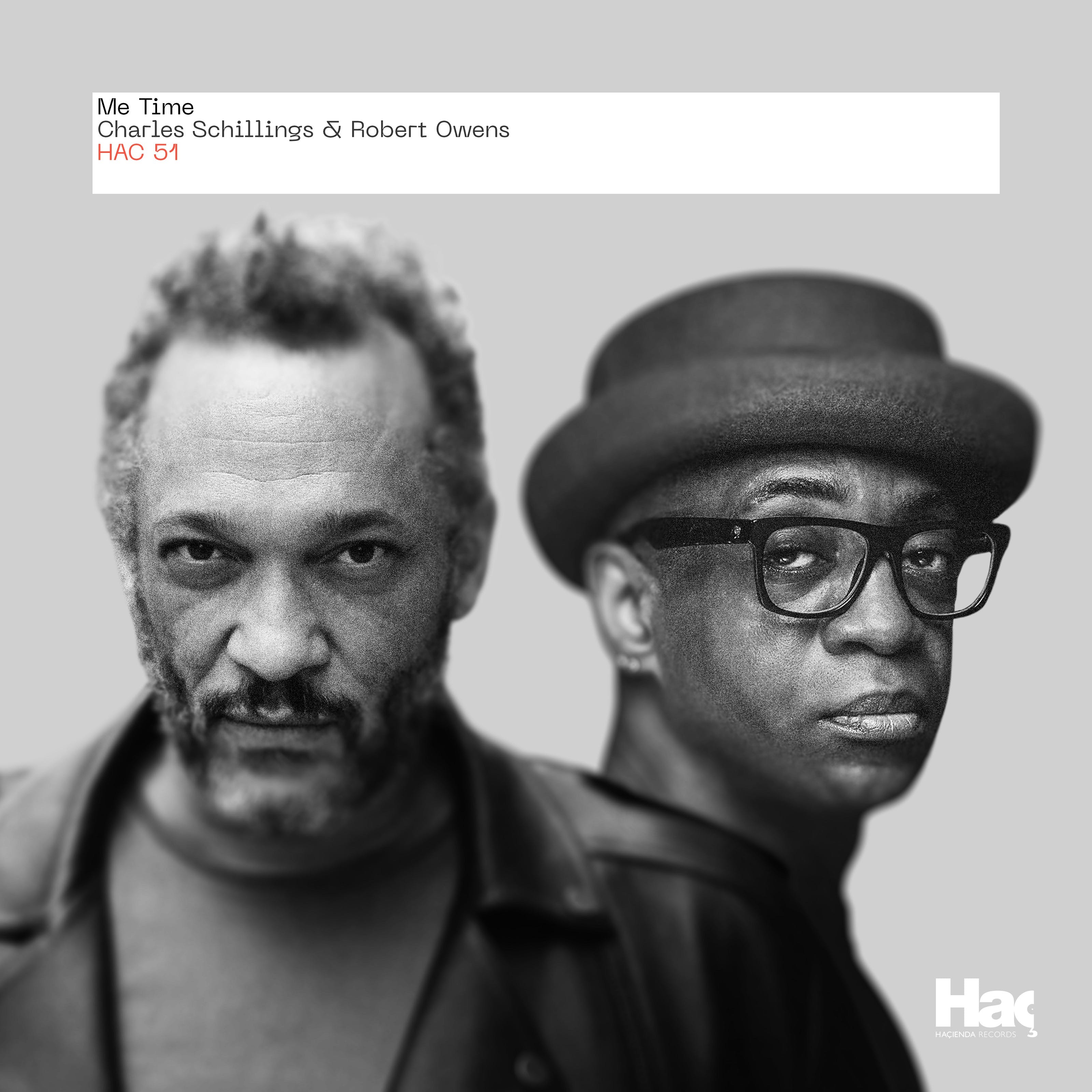 Haçienda Records, the label offshoot of the internationally famous Manchester club FAC51 The Haçienda, is set for a series of special new releases as the club celebrates its 40th anniversary year in 2022.

With original resident Graeme Park, Peter Hook, Haçienda manager Paul Fletcher and The Hacienda team curating the label, these are to be released digitally and on vinyl. First up and next is a brand new, original, unreleased track “Me Time” from hugely respected French DJ/Producer Charles Schillings in collaboration with legendary vocalist Robert Owens.

The original mix of “Me Time” recorded by Charles and Robert opens out with an elemental afro beat before a mesmeric electro line draws the listener in as Robert begins a spoken work rap that injects an early US vibe to the production.

As Robert weaves his way between speech and song, the moodily sharp yet elegant soundscape see the groove maintained throughout in a sparkling, effervescent record from the skilled fingertips of Charles.

Additional mix by Samy K puts a more traditional US garage spin on the track taking on Robert’s vocals and propelling them towards the dancefloor in a tightly produced tune that is reminiscent in style to some Hacienda classics.

Robert will be performing the track live for the first ever time at FAC 51 The Haçienda Easter Good Friday at Tobacco Dock London which is the first Haçienda event of the summer. For a full list of events see below

Haçienda Records comes from the Manchester club that inspired a musical generation, defined a scene and put dance music firmly on the map in the UK. As FAC 51 its fourth decade this year, The Hacienda set the scene for music and club culture and remained enduringly influential today.

“I’m excited to be working on Haçienda Records and very much looking forward to releasing an eclectic selection of grooves both digitally and on vinyl. I get sent a lot of great music that never gets released but deserves to be heard

“I can’t think of a better track for us to put out that this with the superb vocals of Robert Owens over a unique and intriguing Charles Schillings production that has been part of my DJ sets for months.

“We plan on putting out timeless tracks from both established and new artists and I look forward to debuting them at our forthcoming Haçienda shows, my DJ gigs and on the radio.”

“What I always loved about The Haçienda is that it was inclusive, inclusive of every kind of person, every kind of music and fashion. It was never our intention to concentrate on the past and releasing new music on Hacienda Records keeps the sprit contemporary.”

Whilst The Haçienda’s manager Paul Fletcher rounds up here;

“As The Haçienda continues to produce events years after the original club closed and as the love for the club carries on and grows, it’s ideal for us to release new music to continue the legacy. Our first release sees Robert Owens team up with Charles Schillings and Robert performs this track for the first time ever with Graeme Park and Mike Pickering at The Hacienda’s Tobacco Dock London show in Easter.

“Another Haçienda Records release is set to feature in this year’s Haçienda Classical set so look out for that!”

Robert Owens has been making house music ‘before house had a name’.

One of the most distinctive, coveted and prolific voices in the genre, Robert has an illustrious career that started in late 80’s Chicago and has produced some of the greatest tracks house music has witnessed. Responsible for era-defining classics such as ‘Tears’ alongside Frankie Knuckles & Satoshi Tomiie, ‘Bring Down The Walls’ with Larry Heard as part of Fingers Inc., as well as ‘I’ll Be Your Friend’, Robert has created seminal records which you can comfortably bet will have a place on any house head’s all-time favourites list.

After setting the standard during house’s formative years, Robert has remained at the forefront of the genre, building an extensive discography of solo projects, as well as a catalogue of collaborations which reads like an electronic music hall of fame – Masters At Work, Jamie Jones, Soul Clap, Catz ’N Dogz – the list goes on.

What has set Robert apart throughout all these releases, is the raw emotion and passion he delivers into each and every vocal take, providing an uninhibited human touch to everything he works on. Lyrically too, we see an artist who is unashamed in his commitment to spreading the positive values of house music as a medium for self-expression, inclusivity and spiritual liberation.

Charles Schillings is a key and long standing pillar of the French dance music community.

Charles Schillings is one of the leading DJs on the French scene for his mix of powerful, melodic and eclectic house, which combines rock, electro-funk, soul and jazz.

With an international career spanning more than 20 years, he has had residencies in famous clubs like Le Café d’Anvers (Anvers), the Lotus (New York), the Limelight (New York), the Jet Set (Moscow), the Queen (Paris) and he is also requested to play in prestigious places such as Le Bristol (Paris), One&Only Reethi Rah, (Maldives), W (Hong Kong & Seoul), Fairmont (Dubaï), Le Fouquet’s.

Close to the world of fashion designers, he has regularly sound designed fashion shows for prestigious brands as Alexandre Vauthier, Cartier, Céline, Karl Lagerfeld, Mugler … His talents have also been featured at special parties all around the worlds such as Calvin Klein, Louis Vuitton, Chopard, Armani, Dita von Teese, Donatella Versace, …