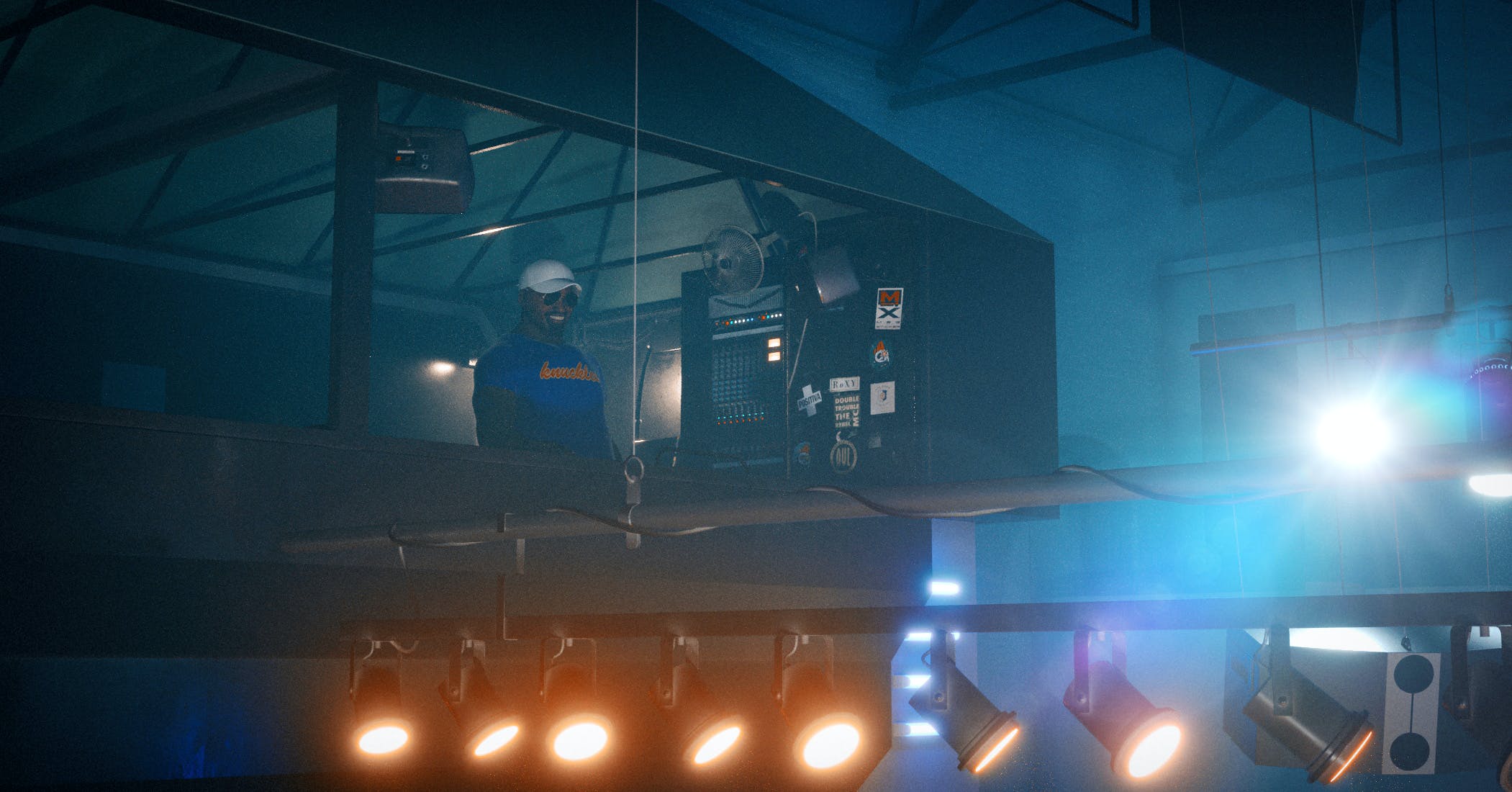 As “The Godfather Of House Music’s” Manchester NYE 2013/14 Set Comes From The Digital Recreation Of FAC51. 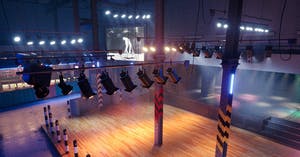 As part of FAC 51 The Haçienda 24 Hour House Party NYE, a special tribute to the legendary “Godfather Of House” Frankie Knuckles in collaboration with The Frankie Knuckles Foundation, will be broadcast at United We Stream GM (unitedwestream.co.uk) which sees Frankie play his Hacienda New Year’s Eve 2013/2014 set from within the newly recreated Virtual Haçienda, a faithfully and painstakingly accurate digital version of the original Whitworth Street West FAC51.

Rumoured for quite some time now, The Virtual Haçienda project has been put together by the club’s architect Ben Kelly, Creative Directors Brendan Mannion and Justin Metz as well as Peter Hook and The Hacienda to create a precise digital replica of The Hacienda which conforms entirely to Ben’s original designs and architectural plans.

With virtual technology having advanced alongside the project’s development, The Haçienda VR project has continually been updated to accommodate these and has now been readied with its first major showcase coming with an exclusive Frankie Knuckles tribute, premiering on New Year’s Eve.

The actual Frankie Knuckles set was recorded live at The Haçienda’s 2013 / 2014 Albert Hall Manchester New Year’s Eve event, sadly Frankie’s last ever appearance in Manchester.  It was a classic Frankie set: taking in modern tracks, the finest disco as well as his own productions and will be played in full at The Haçienda 24 Hour House Party New Year’s Eve on United We Stream GM.

Ben Kelly tells of how “The Virtual Haçienda” came about here;

“Justin and Brendan first approached me some five years ago saying that they wanted to digitally rebuild a virtual Haçienda that could become a fly through or an online accessible digital version of the club, that was their idea. And of course, I have all the original material needed for that and gave them access to the original drawings and all of the specifications. Brendan and Justin are very smart at what they do, not only impressive technically but also very, very diligent and determined to be as accurate as is humanly possible with a digital recreation.”

“They were so determined to produce something that met with my approval so the development was very much a shared process over a long period of time. They had the model and its basic shape and then started to investigate all the technology which would be needed to create what we were looking to do.

“They developed the model and refined it and refined it and did more research into every nook and cranny of The Haçienda. Running in parallel was the development of the technology. In some respects, it has taken a number of years and that’s not been a bad thing because the technology required has really developed. It’s almost like the two things ran alongside each other. The technology is now getting there. The whole concept of having avatars, how you can access the place and move around it, the whole shooting match has changed.”

Brendan Mannion picks up the story;

“I’d been fortunate enough to be working with cutting edge gaming technology for several years, using it not to create games, but to create CGI content for other industries, including automotive and architecture. At the time, VR was beginning to make headlines and it was an area that I was exploring for different projects. I stumbled across an old mix from the Haçienda and when I listened, I was kind of transported back in time. I spent a lot of time in the Haçienda and I thought how amazing it would be to experience it again. It was a lightbulb moment – I could see the possibilities of using VR to create a virtual Haçienda.

“I hooked up with Justin Metz who had previously built a simplified digital version of The Haçienda. We used his model for the initial prototype and then together we worked alongside Ben Kelly, with input from Peter Hook and The Haçienda. We then rebuilt the whole club from the ground up, using Ben Kelly’s original drawings. Justin focused on the digital creative reconstruction and I focused on the technical creative integration. It’s basically using computer game technology to simulate an immersive recreation of the iconic nightclub. It’s been a long process…”

“The thing is I had built a simple 3D model of The Haçienda for a project which didn’t happen some years ago. It featured a quick fly-through which I posted to YouTube where it lay dormant although it picked up a bit of attention. Then, one day I got a message from Brendan who had an idea to take the club into the virtual world. From then on we have worked together, using up all of our spare time and our families’ patience to bring it up to where it is today.”

On seeing The Haçienda digitally recreated some forty years after he would have begun work on the project, Ben observed.

“For me to see The Haçienda digitally rebuilt in the manner that they have achieved is a strange experience. It sort of takes it into another dimension but it is the accuracy that keeps it grounded. I know that Rob and Tony would be very happy to know there was a digital version of The Haçienda and if it would make Rob and Tony happy then it makes me happy.” 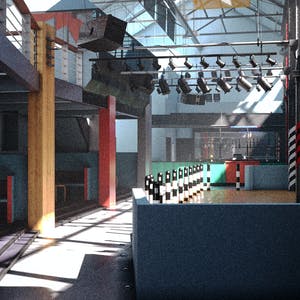 Reflecting on the influence of his design for the original club Ben concluded;

“What my design did was to create a three-dimensional version of the Factory ethos. It took Factory into a physical environment and I was the lucky person who got the job to do that because of my relationship with Peter Saville, that was an important bridge into the project. It was handed to me and I had free rein with it. One of the amazing things is that when I was asked to do that job in the first place, Factory had never commissioned the design of a nightclub before and I had never designed a nightclub before. I think that was one of the strengths behind the project because nobody carried any baggage. We came fresh to the project and that naivety is very much part of the strength of what came out of it. There was no remit for this, that and the other. I knew that New Order had been to New York and wanted a club but that was it really. It was a unique situation.”

“When the club was open, years later, one of the greatest compliments I had from that group of clients, Factory and New Order, was that they regarded the design as timeless. I think that was Tony’s thing, it didn’t pander to fashion or whatever trend was current. I saw it almost like a sculptural installation. Like a big art piece which I was painting. It democratised what those environments were about. It was flexible and all embracing. There was nothing prescribed about it. It stood the test of time as well because there was never any need to change it. The changes were all about improving the sound and lighting which came with the development of technology. The club was open for fifteen years, from 1982 to 1997 and they never had to change the design of the place.”

“I think The Haçienda means lots of things to lots of different people. There’s its iconic timeless design, its connection with Factory and all the incredible bands and electronic music, all the gigs and special nights. It’s a place with an incredibly rich and diverse history and it still feels as if it was cutting edge, even today. Being on the dance floor was like no other place in the world. It’s amazing to recreate it and to share it, with all those people who were there and now with those who weren’t.”

Meanwhile Justin Metz finished up with this:

“The Haçienda has clearly it has always been more than a nightclub. It was born of the philosophies which guided Factory and when viewed in that wider context it’s not hard to understand how its legacy is still so strong today. Factory wasn’t a record label, it was a movement and The Haçienda, as Tony Wilson put it, was its cathedral. Its design had to be unlike anything seen before, and so it was. I consider it great art and great art transcends everything.”

Reflecting on The Virtual Haçienda, Peter Hook said: “The digital reconstruction is a work of art in its own right. We have sweated blood to get every single detail right in it and to see the club recreated this way will bring back great memories for those that went to the original club and also provide a glimpse of The Haçienda to those who weren’t ever able to come.”

“FKF is so very thrilled to be a part of this exciting event.  It’s a great way to end this unprecedented and tumultuous year and a fabulous way to bring in the new year…hopefully one with hope, healing and promise!  Seeing him again made me reminisce of the numerous New Years’ celebrations we spent together and brought in across the world…it felt like we were in the booth together again (smile).

“We’d like to thank The Haçienda for the idea as well as thinking of us to participate.  Also, a huge thank you to everyone who is making this possible and of course all of incredible DJ’s who are donating their time and talent this couldn’t happen without them.  Love to all!”