With The Haçienda coming to the brand new Viadux Warehouse in Manchester for its New Years Eve party, the six residents from FAC51 playing  the night have all chosen three of their most defining records from their times at The Haç.

These have been compiled into a Spotify playlist below and Greg Wilson, Chad Jackson, Graeme Park, Tom Wainwright, Jon Dasilva and Allister Whitehead give their reasons in write ups below. 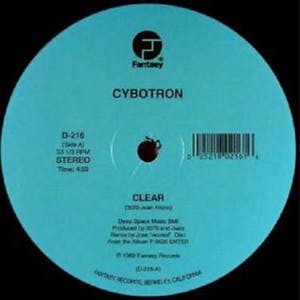 “Nowadays revered by many for its pride of place at Techno’s foundation, this was originally played as an Electro release. The duo behind the track, Juan Atkins and Richard Davis (aka 3070), might have come out of Detroit, but a definite New York flavour was added via its remixer, Jose ‘Animal’ Diaz, who also worked on tracks for The Jonzun Crew and Special Request for Tommy Boy, then the essential Electro imprint.” 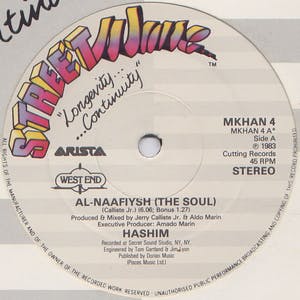 “One of Electro’s most celebrated and enduring releases. The strangely named ‘Al-Naafiysh (The Soul)’ was a true underground classic, going massive with the black audience as soon as it came in on import in late-’83. – this was during my time at The Haçienda and it was one of the tracks I introduced there. Such was its longevity that it was still picking up regular plays at the club during the height of the rave era.” 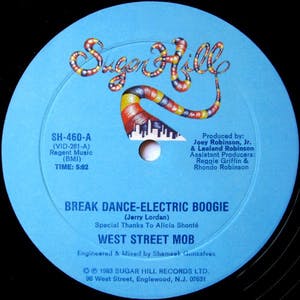 “A proper early cut-up which fully utlilized original Hip Hop anthem  ‘Apache’ (1972) by the Incredible Bongo Band – a key feature of Kool Herc’s ‘70s playlist. It arrived in the UK just at the point breakdancing had really begun to make its mark here, and was a favourite of Broken Glass, who used to dance at The Haçienda when I DJ’d there.” 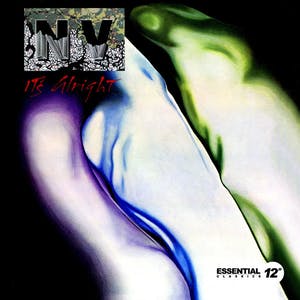 “A track that I had bought 2 years earlier than when I used to play it at The Hacienda, This was probably my favourite electronic dance record of that decade! It has been ‘in the box’ ever since. I still play it all these years later…the production is stunning and the tune never seems to age. 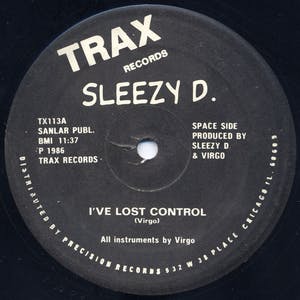 “The one thing about acid house music at The Haçienda was the way it used to swirl around the cavernous echoey interior of the club…It gave those Roland 303 basslines even more space to mess up your head. Marshall Jefferson did some crazy work on this with Sleezy D. “

“Personal note: After all these years of playing his music, I would have never have believed that I would have had the opportunity to be in a Christmas nativity music video with Marshall…only a couple of days ago. It’s a crazy world, kids!” 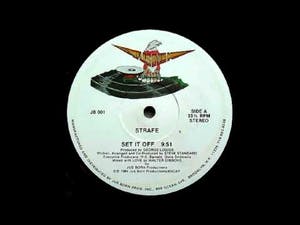 “I remember I used to do a special mashup live turntable mix of Strafe and The Harlequin Fours, they obviously complemented each other perfectly and slot together perfectly. I especially liked the slightly dark and twisted vibe of the Strafe version.”

The Daou – “Surrender Yourself” (Ballroom Mix) 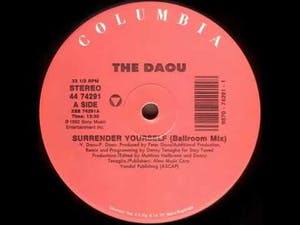 “The perfect house record. Deep, dark, funky, sexy, repetitive and addictive with a sinister undertone, lots of greats breakdowns and full of energy. At 13 minutes long this was also one of the tunes I used to drop at the Haçienda when I needed to visit the toilet when DJing all night long.” 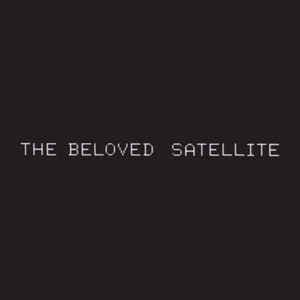 “A massive acid tinged groove that builds and builds and builds before hitting you with the most addictive riff and big, big, singalong chorus. Guaranteed to bring a smile to your face and a regular Saturday night tune at the Haçienda in the 90s. Huge!”

The Todd Terry Project  – “Bango (To The Batmobile)” 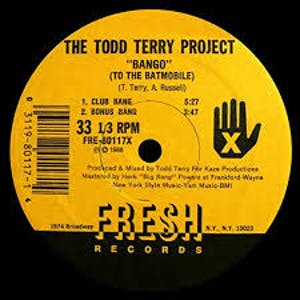 “Sampling Klein & MBO, Dinosaur L, Rare Earth, Kraftwerk and Batman, this was a huge Friday Nude Night tune and was arguably the UK’s introduction to the glorious Todd Terry beats that would go on to dominate clubland for the next three decades and continue to do so today.” 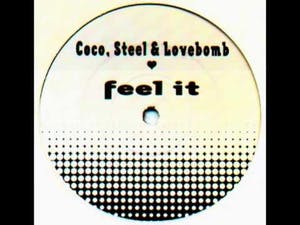 “Really this is one of the seminal techno club tracks from Warp and Kid Batchelor. Originally a sought after white label, it pulls on tribal and acid house influences to create a groove that became very influential.” 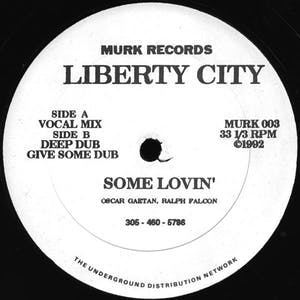 “Again a club track that leans towards the more melodic side of techno. Dreamy, elegant, sensual, it’s just relentless but very subtle. There’s very few tracks in a similar vain.” 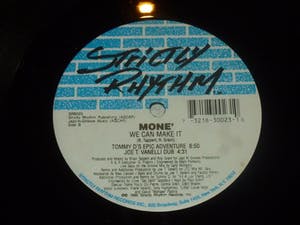 “A rousing Strictly tune, a dub that raises the roof, again one of those records that never fails to make a dent on the dancefloor.

Jon Dasilva feat. Donald Waugh  – “Dub Is All We Need” 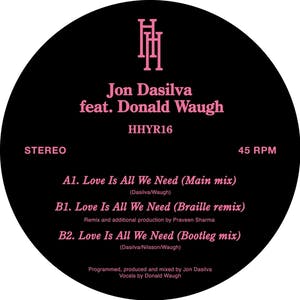 “Recent release from myself and a shameless self serving plug. It will be played. By me at least.”

Adonis feat. 2 Puerto Ricans, A Blackman And A Dominican – “Do It Properly” 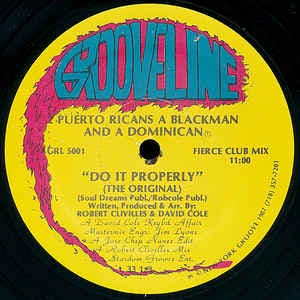 “Sounds a fresh today as 1987, from one of the most undervalued House producers, Adonis Smith. “

Anja Schneider – “All I See” 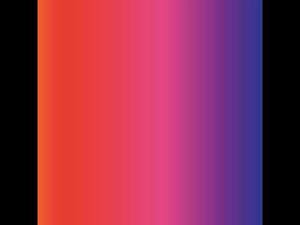 “Beautifully restrained groover from Anja. Hints of House circa 1988 are mixed up with intricate flamenco clap patterns and a genuinely gorgeous vocal.” 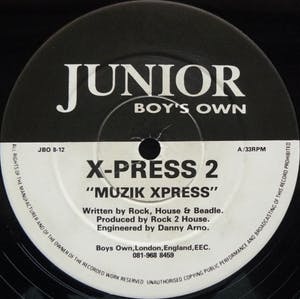 “91/92 is probably the only era I am shamefully (haha) nostalgic for ‘musically’ and The Haçienda was designed for music like this and I loved playing it there and hearing that Bassline shake the building!!” 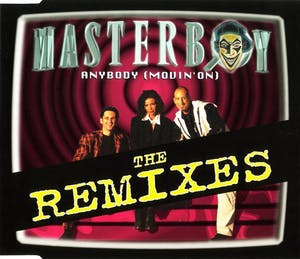 “This is a strange inclusion but it was actually the last track I ever heard played in anger at The Hacienda (not by me). I still love it but it was quite a sad memory because a tune like would’ve taken the roof off but a few years earlier and now the club that defined an era was finally coming to an end.” 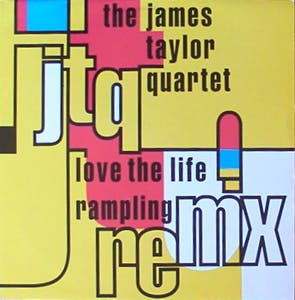 “I played this at the Hacienda’s 11th Birthday (Swemix version not available on Spotify but the original is a fine mix anyway) . There’s a ‘famous’ black & White picture of everyone who played that night. I got there just in time to be pictured with F.Knuckles, D.Morales, D. Davoli, M.Pickering, T.Humphries and G. Park (among a few others)!  That’s the Haçienda right there.”