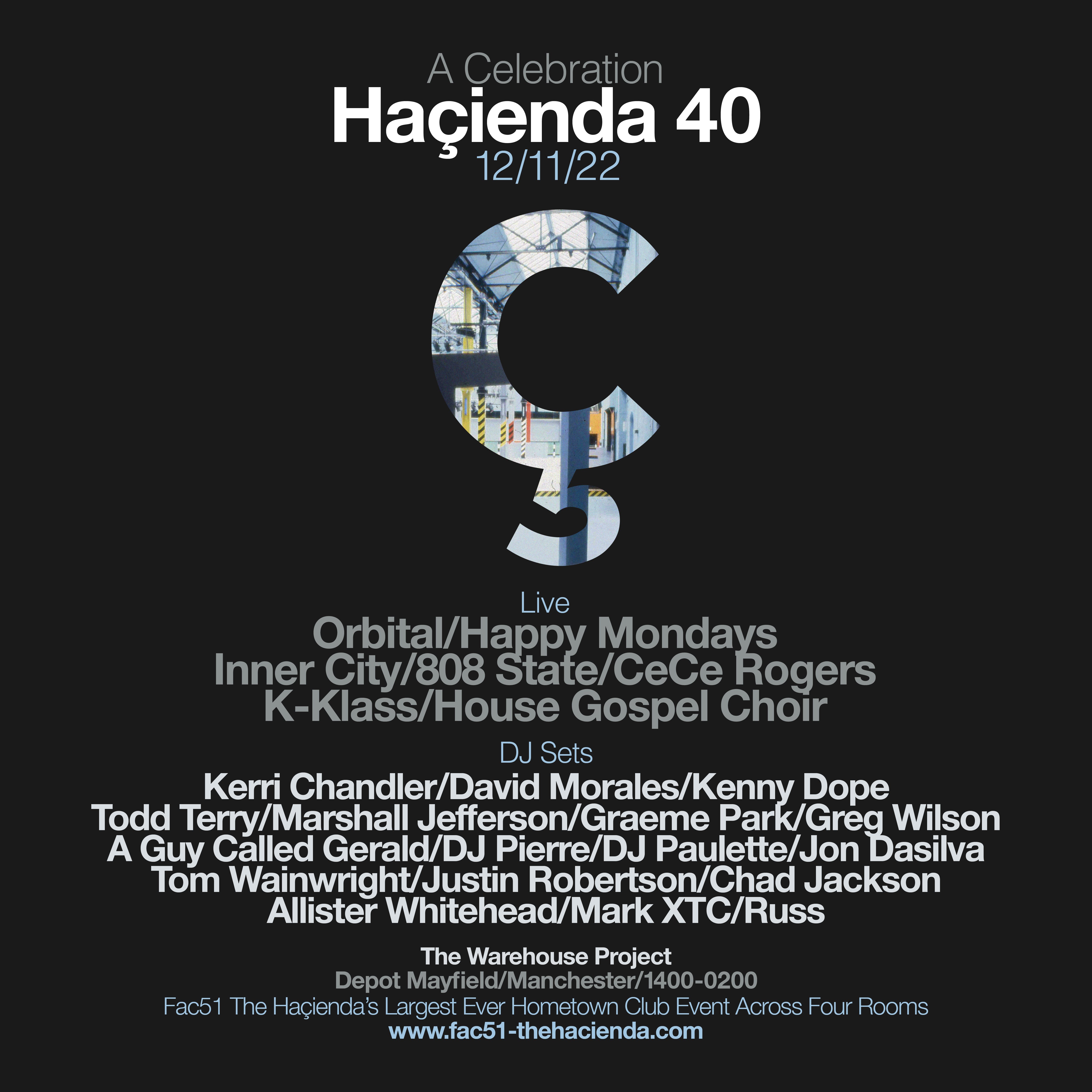 After four decades of decadence and delight, FAC51 The Haçienda has announced its biggest and most extensive club event to date as it takes over the ten thousand capacity Depot Mayfield Saturday 12th November to celebrate forty years of the iconic club entertaining not only its own city but the wider world. 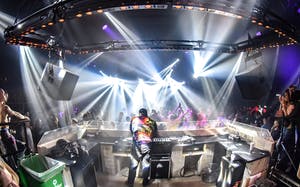 Yet it wouldn’t be FAC51 without the vast array of residents and regular DJ’s who have given The Haçienda its distinctive, individual musical styles over the years and Mayfield is no different as Graeme Park, Greg Wilson, A Guy Called Gerald, DJ Paulette, Jon Dasilva, Tom Wainwright, Justin Robertson, Chad Jackson, Allister Whitehead, Mark XTC & Russ all come to play for the club that shaped their careers.

FAC51 The Haçienda inspired a musical generation, defined a scene and laid the foundations for music culture as we know it today. Originally conceived, founded and financed by Factory Records and New Order. The Haçienda is widely recognised as the birthplace of Acid House and as responsible for shaping the face of UK club scene,

The ex-boat showroom on Whitworth Street West, Manchester that became The Haçienda and the cultural movements it gave birth to, went on to have one of the biggest impacts on youth culture since the punk and through the combination of legendary nights and DJ’s, it changed clubbing from simply a night out to an intense, revelatory experience.

Capturing that unique spirit that characterised those halcyon days and bringing together top class, influential artists to commemorate the impact and influence of FAC51 in its forty years and running so far, the Depot November event looks set to be The Haçienda’s very best yet at the central Manchester venue.

With previous Hacienda visits to Depot being considered to be highlights of those years with the large scale, industrial warehouse venue lent itself to a very special atmosphere and crowd with the November event taking place across four rooms for what is The Haçienda’s biggest ever club event.

With one of the strongest line ups of this or any year with its mix of incredible live acts and some of the most respected and admired DJ’s ever to have played for the club, demand as with The Hacienda’s previous Depot events is expected to be swift. 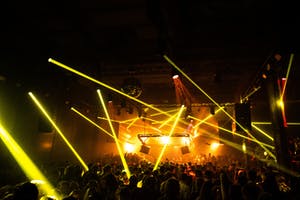