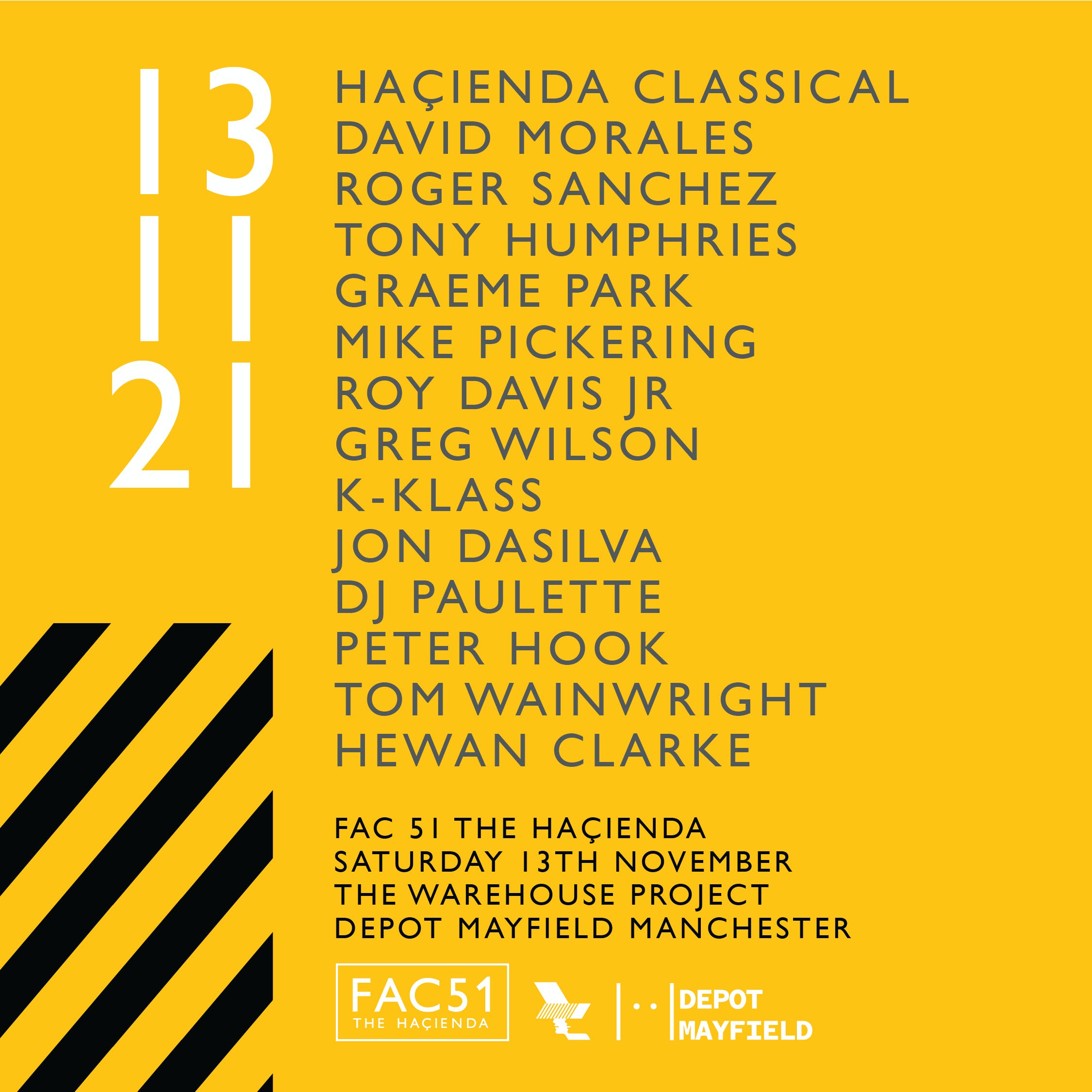 RETURN TO DEPOT MAYFIELD WITH THE WAREHOUSE PROJECT ALSO SEES HAÇIENDA CLASSICAL’S ONLY ALTERNATE MANCHESTER APPEARANCE OF THE YEAR TO SEPTEMBER SOLD OUT CASTLEFIELD BOWL.

With almost two years since its last UK concert, the anticipation for the return of Haçienda Classical. the acclaimed orchestral clubbing series with DJ Graeme Park, Manchester Camerata and special guests has remained high with our fifth annual fully sold out hometown Castlefield Arena event now set for September and another massive club event taking place at Depot Mayfield in November.

As concerts and events come around again, allowing us all to come together, The Haçienda can now announce its second Manchester event of 2021 as its returns to Depot Mayfield on Saturday 13th November for a huge party with The Warehouse Project, following on from October 2019’s great event at the new centrally located warehouse venue.

Haçienda Classical is at the centre of three roomed club event and like last time out a vast line up of the best US and UK DJ’s characteristic of Hacienda events has been assembled for the night.

Some of the finest ever American DJ’s, David Morales, Roger Sanchez, Tony Humphries and Roy Davis Jr come to Manchester on one bill and are complimented by a gallery of the best of The Haçienda including Graeme Park, Mike Pickering, Greg Wilson, Jon Dasilva, K Klass, DJ Paulette, Peter Hook, Tom Wainwright and Hewan Clarke.

With The Haçienda’s last visit to Depot being considered by many to be a highlight of the year with the large scale, industrial warehouse feel of the venues surroundings lending itself to a very special atmosphere, demand for tickets has been swift so far.

Now sold out for five years in a row, Haçienda Classical’s Castlefield Bowl Manchester event will now take place on Saturday 25th September with the Depot Mayfield concert in November marking its only other Manchester live appearance of the year. 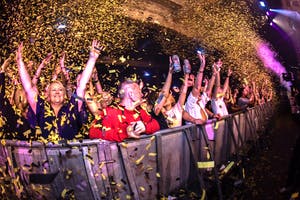