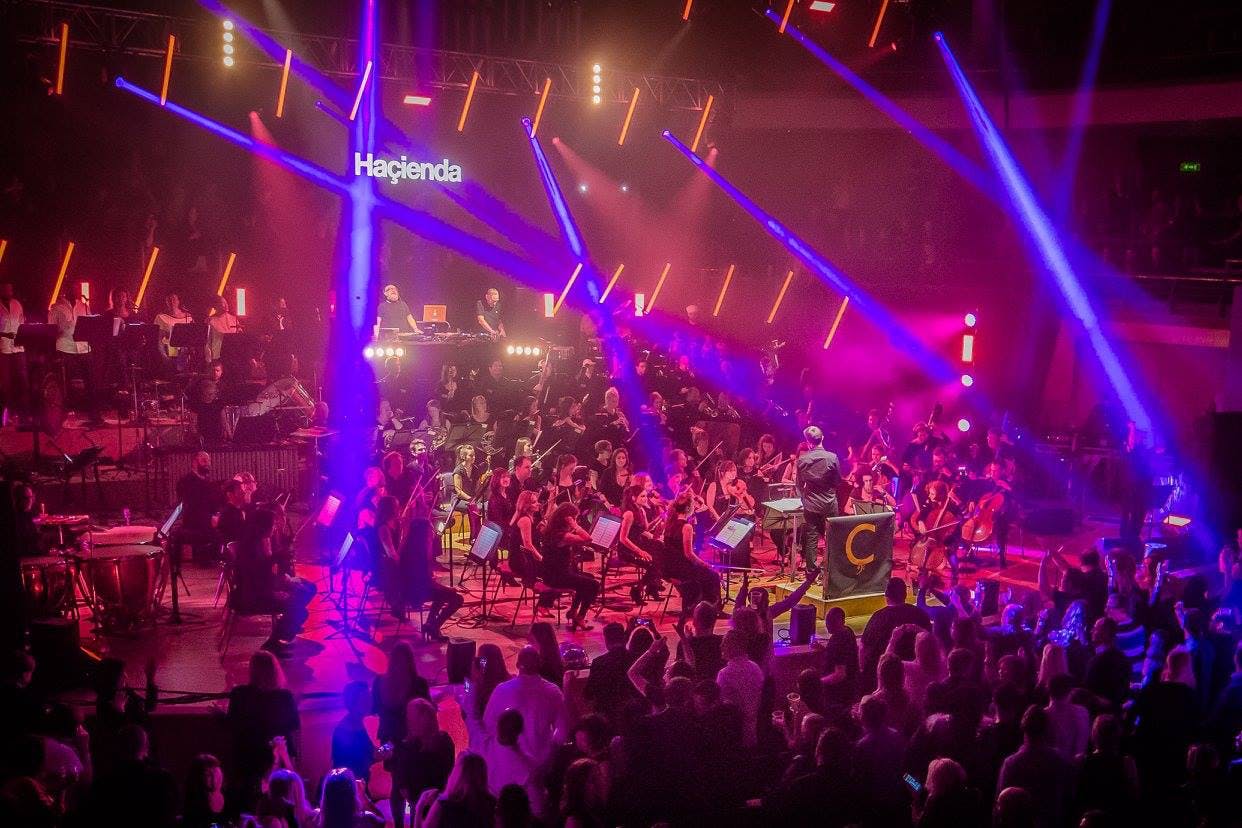 Folllowing great critical acclaim and phenomenal demand FAC 51 The Haçienda and Manchester Camerata, the city’s experimental orchestra are bringing back Haçienda Classical in 2017 with a brand new soundtrack for the concerts for a run of new shows

With the first run of dates announced last year seeing the returns to Manchester’s Castlefield Bowl and London’s Royal Albert Hall fully sold out, in addition to concerts in Leeds, Glasgow and Newcastle, a further three dates can now be revealed as Hacienda Classical comes to Kew Gardens, Lytham Festival and Brighton Racecourse across July, August and September. 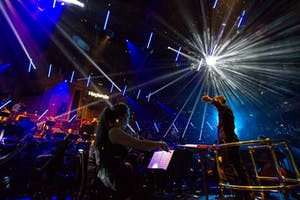 First up is Hacienda Classical at Kew The Music, only its third ever London concert at Kew Gardens as part of the long running music festival on Friday 14th July whilst the show comes to Lytham Festival on Thursday 3rd August and Brighton Racecourse on Saturday 9th September.

“It would have been easy to keep most of last year’s set list, but as we dug deep into the rich seam of classic tunes that were big at The Haçienda it became clear that there are so many tracks that deserve the unique classical treatment. I also think that last year’s show was so successful and inspiring that we should move forward rather than resting on our laurels.”

The incredible show sees the DJ’s who shaped The Haçienda’s sound – Mike Pickering and Graeme Park – collaborate with the Camerata for a night of classic dance music,  innovatively adapted and arranged especially for the occasion.

As The Hacienda’s dance heritage collided with the world of classical music, the concerts have been widely praised with dates selling out in minutes and great audience responses from the gigs.

Moving into its second year, the tour returns to venues that hosted this year’s inspirational nights as well as new locations, recreating the seminal tracks that defined a generation at the original club, renewed afresh and rearranged for a classical orchestra.

With Hacienda Classical shows in 2016 fully at capacity, tickets for the 2017 shows are sure to be hugely in demand. Graeme adds

“I think we’ve got the perfect match of big tunes with great vocals and more deeper early Chicago and Detroit tunes that all work together with many peaks and troughs throughout the set. I’m fully expecting the audiences to be singing along, cheering, dancing, clapping and smiling throughout like at last year’s concerts.” 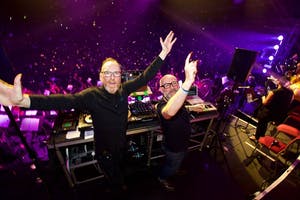 “A near two hour blend of house music’s greatest players with an audience dancing and singing from the off. Dazzling mirror-ball speckles are flung out over a crowd whose jubilant euphoria almost blows the roof off.” – Mixmag

“The atmosphere was incredible.” The Times – Five Stars