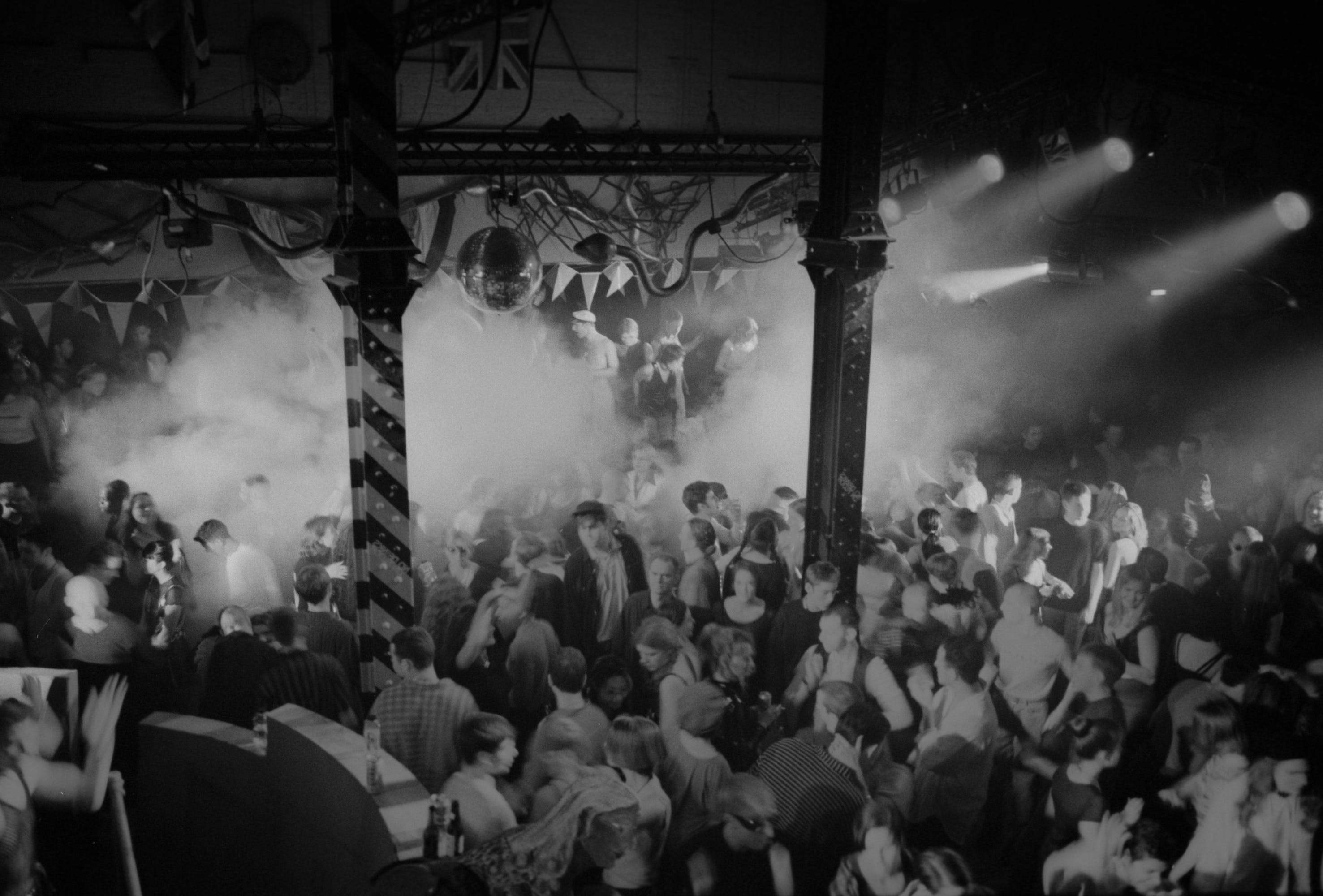 The legendary Haçienda makes its debut at London’s historic Tobacco Dock next Easter for the biggest event the infamous nightclub has ever held in the Capital.

Founded by Factory Records and New Order, The Haç was the epicentre of a dynamic music, clubs and bands scene throughout the Eighties and Nineties and its place in history is assured. Yet the creative energies, that untouchable atmosphere of hedonistic excess and The Haçienda crowd’s uniquely open mentality means that the excitement that lay behind those original, thrilling early days, remain exciting and relevant today.

Named “The Most Famous Club In The World” by Newsweek Magazine, The Haçienda’s influence extended across the globe and came to inspire a generation as well as artists including The Stone Roses, Happy Mondays, Sasha, The Chemical Brothers, Laurent Garnier and more.

For its Tobacco Dock debut The Haçienda brings together three of the key nights that helped established its identity and reputation with Nude, Hot and Flesh at one event for the very first time.

The separate areas of the Grade 1 listed warehouse space in London’s East End represent the ideal backdrop for this very special party and for each of the Haçienda pioneering club nights to individually host three of the venue’s cavernous main rooms.

Mike Pickering’s era defining Nude, which introduced UK audiences to a wealth of new sounds and imported twelve inches from the likes of Chicago, Detroit, New York and cities across the world will take control of the Great Gallery.

The Car Park will pay homage to the seminal Hot night of the summer of 1988. A short-lived night across the second summer of Love, Hot’s became the epicentre of the then acid house scene, drawing a nationwide crowd of what would now be called influencers to the ground-breaking events helmed by original resident Jon Dasilva.

Meanwhile, The Terrace marks a rare appearance for The Hacienda’s trailblazing LGBT night “Flesh” which from 1990 became one of the Haçienda’s best and most influential nights. Flesh returns in collaboration with its original promoter Paul Cons for its 30th anniversary in its own inimitable style.

With a line up that matches the ambition of the event yet to be announced, “Haçienda At Tobacco Dock ” looks set to be one of the most anticipated events of 2021…

The Great Gallery: Hosted By Nude
The Car Park; Hosted By Hot
The Terrace: Hosted By Flesh 30th Anniversary