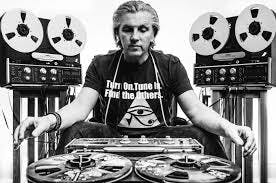 Taking to the decks in Concourse midway through the recent Haçienda Depot Mayfield event, Greg Wilson again deftly delivers a finely refined set as has come to be expected from one of dance music’s early UK originators and pioneers.

Bringing together his own edits and tapes to defining, classic tracks, Greg opens with a special tribute in his re-versioning of 808 State’s “Pacific State “ and follows with seminal cuts including Don Carlos “Alone”, Graeme Park’s “Back To Love” remix and the very first mix of TC1991 “Berry” which took the club scene by storm on initial import release.

A live version of Orbital’s “Chime “opens up the back end of the set which sees an airing of the long forgotten Frankie Bones’ and Lenny Dee’s electro fused “Just As Long As I Got You”, with Greg also pulling out his mixes of Adonis “No Way Back”, Electronic’s “Getting Away With It” and Black Box’s “Everybody” for the Haçienda faithful at the November event.