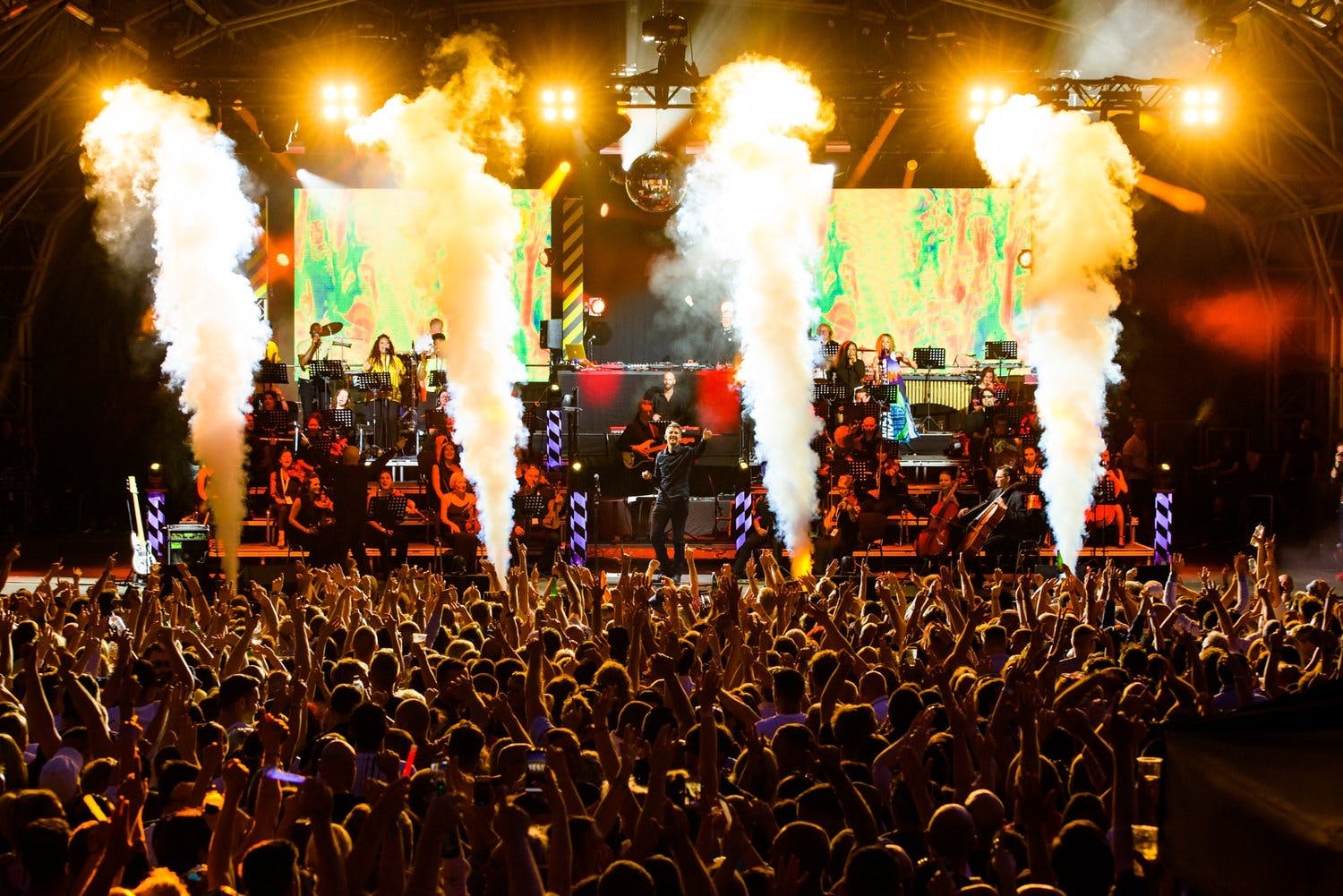 I’m very excited and somewhat nervous about the return of Haçienda Classical as we all get ready for our fourth year of shows. Once again it’s a new show and we’ve been working hard over the past few months to make sure that it’s the best one yet.

Preparations for the show actually began last year while we were still on tour with our previous show. As our biggest tour yet progressed throughout the year I was already thinking ahead about which songs worked best and which we might keep. As we’ve learned so much since we tentatively performed what we thought was just a one-off show back in 2016 and because every year since then around 80 per cent of each show has been new material, I thought I’d go back and revisit some the tunes from the first two shows because the majority of the song were only performed once. My thinking was that after three shows and over 50 dates we’d be able to make everything sound better.

The process of creating the show is quite lengthy. The first thing I do is come up with a list of 50 or so songs. A lot of them are new songs we haven’t done before as well as some of the songs that we have. I send my list to our conductor and arranger Tim Crooks for his thoughts and comments before I edit this list down to around 30 and start working on the DJ mix that will become the new show. I then send the mix to Tim as well as our solo singers and the choir who all share their thoughts with me before we commit to a final mix. These comments often involve keys and transitions between songs which inevitably lead to a change in order and replacing songs. I then come up with a final DJ mix that I’m happy with too and the hard work begins.

Tim will score and arrange all the parts for the orchestra and Audrey Mattis from the choir will work on the backing vocals. Our solo singers will then tell us which songs they’d prefer to sing and I begin working on the parts that the orchestra can’t do with producer Si Brad. This is when I begin to work out and decide which parts I’m going to perform and what my tech set up will be. After much discussion, debate, pre-production, rehearsals and lack of sleep, everything is ready and the scores are printed and bound. This is done as late in the day as possible because once we’ve committed to that there’s no going back.

This year there are more songs than in previous shows with 29 in the main set before our encore. A couple of our sets have to be shorter for logistic reasons which causes all kinds of problems because we have to decide which songs to drop and amend the production accordingly. Because we’ve learned so much creating and performing our three previous shows and because the majority of the songs we have re-imagined were only performed once, you’ll hear some of the songs from the first two shows returning but sounding better than ever. Of course you’ll also hear some new songs that we haven’t performed before too.

Remember that Haçienda Classical was originally supposed to be a one-off show back in February 2016. It was never meant to turn into an ongoing tour of over 50 shows over three years across the UK, Europe and the Middle East. Line-ups have changed, various performers have come and gone and we’ve had an incredible journey. So far this year we have seven confirmed shows in Scarborough, Isle Of Wight, Kent, Gloucestershire, London, Manchester and Cheshire but we’re hoping to announce more before the end of the year.

I hope you enjoy this year’s show which once again features the amazing Manchester Camerata Orchestra conducted by Tim Crooks, the AMC Gospel Choir, our latin percussionist Chris Cruiks, our solo singers Yvonne Shelton, Rae Hall and Melanie Williams plus Peter Hook and surprise guests. We all hope to see you over the summer at one of our exciting new shows which I think will be the best set yet! 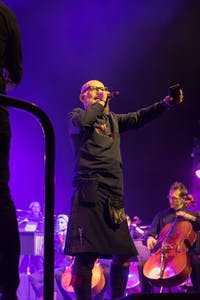