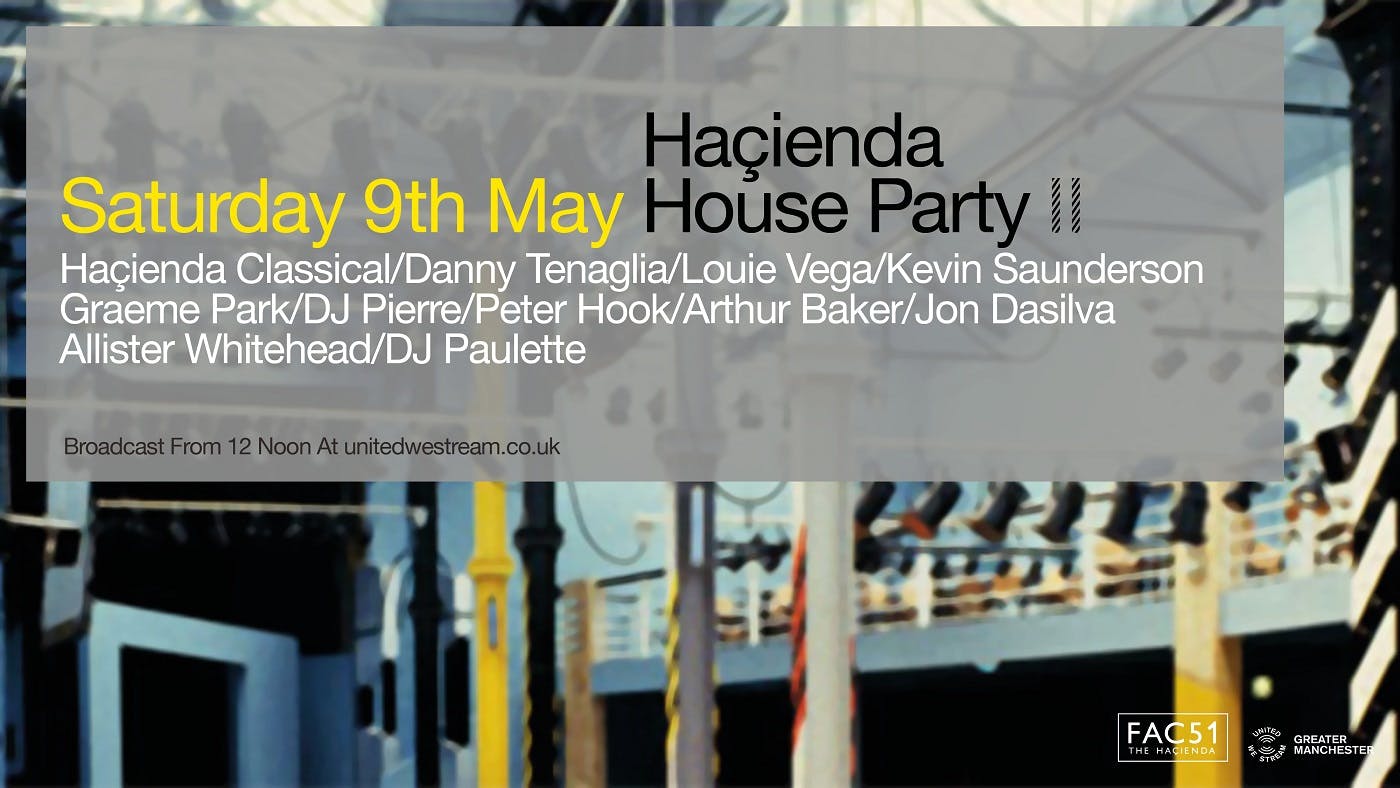 Given the worldwide success and widespread acclaim for our debut Haçienda House Party on Easter Saturday, we just had to do it all over again. Not least for the 1.6 million viewers who tuned in first time around…

So next Saturday 9th May sees The Haçienda throw open its distinctively numbered doors for “The Haçienda House Part II” with United We Stream Greater Manchester (GMCA’s fundraising streaming platform) for another epic twelve hour session as some of the greatest US DJ legends supply exclusive sets whist many of The Haçienda’s finest play out from our secret lockdown studio straight out of the Greater Manchester region.

Meanwhile Haçienda Classical with Manchester Camerata is putting together a very special one off virtual live show for the evening. DJ Graeme Park and musical director Tim Crooks bring together the Camerata players, additional musicians, our vocalists including Yvonne Shelton, Melanie Williams, Rae Hall and some very special surprise guests, all arranged and performed under current social distancing restrictions.

The DJ line up again amasses some of finest American originators and producers from their respective scenes, New York’s seminal talents of Danny Tenaglia, Louie Vega and a man who needs no introduction to Factory Records and The Hacienda, Arthur Baker. Along with Detroit’s and Inner City’s Kevin Saunderson and then DJ Pierre’s Wild Pytch skills from Chicago, they form our roster of five international friends for this twelve hour stretch.

From The Haçienda and beyond, Graeme Park and Jon Dasilva return to the establishment,and are joined for the day by fellow residents Allister Whitehead, Peter Hook and DJ Paulette.