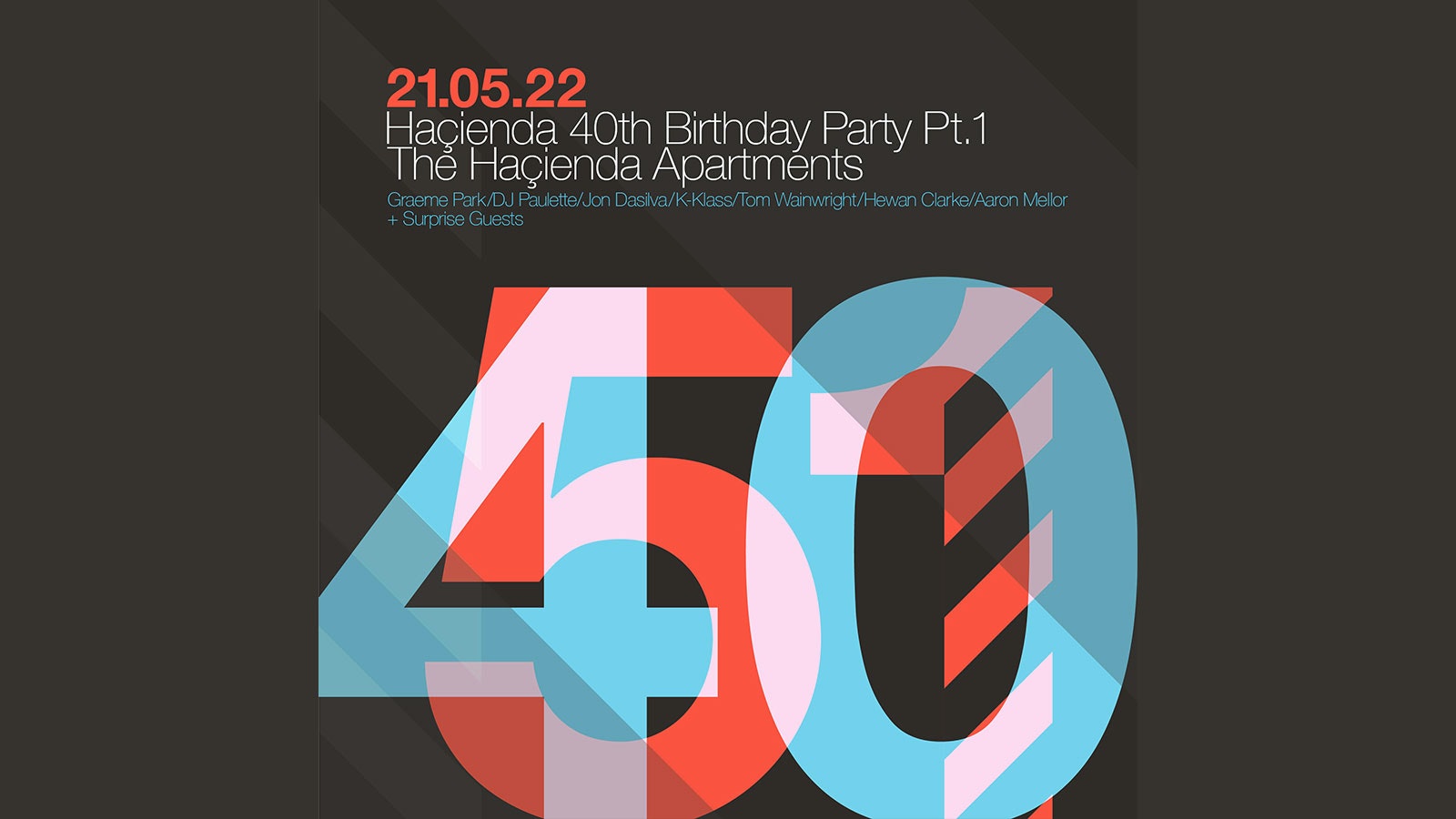 FAC 51 The Haçienda is set for an exceptional, historic, homecoming charity event as it celebrates its fortieth anniversary and actual birthday, with a spectacular return to its original location as it throws “The Haçienda 40th Birthday Party Pt 1” in the car park of The Haçienda Apartments on Whitworth Street West, Central Manchester, Saturday 21st May.

Taking place in the same location as the hallowed dancefloor itself, the event sees a gallery of The Haçiendas finest residents come together on the night including from the earliest days of the club: Hewan Clarke and then Graeme Park, Jon Dasilva, Tom Wainwright, DJ Paulette, Aaron Mellor, K Klass who play live, and surprise guests on the night.

The 40th anniversary party is an expanded event since the 2012 30th anniversary in the car park which went down in history as one of the legendary Hac nights.

In the ten years since, the influence and legacy of The Haçienda has only become more secure with events including multiple concerts at Castlefield Bowl & The Royal Albert Hall, opening Glastonbury Festival’s Pyramid Stage and live streams with StreamGM, attracting millions of viewers during the 2020 lockdowns.

In many ways, four decades on, The Haçienda and its spirit have become synonymous with Manchester’s musical and cultural history, representing it to the wider world and celebrating this by The Haçienda going back to its Whitworth Street roots on 21st May brings a great, almost extraordinary, sense of significance.

From a disused yacht showroom transformed by Ben Kelly in 1982 financed by Factory Records and New Order, The Haçienda was initially the epicentre for Manchester’s live band scene with seminal gigs from bands such as: The Smiths, The Stone Roses, James New Order, The Fall, Primal Scream, Pet Shop Boys, and even international artists such as Madonna and Nic Cave.

From 1984 onwards Mike Pickering’s Nude night set the club on course for the emerging dance sounds of the mid to late 80’s which then collided with the “Madchester” scene to create one of the most defining and energetic cultural movements of the late 20th century, as the club became internationally renowned in the process.

Inspiring countless artists, a city, and the world at large, The Haçienda may have closed its individually numbered doors in June 1997 but through countless events, media, and cultural references, in many ways The Haçienda and its unique soul that characterised those halcyon times has never actually left us.

“The Haçienda 40th Birthday Party Pt 1” looks to commemorate and celebrate all of this as The Haçienda’s looks forward to who knows, another 40 years?

Thanks must go to the following for all their assistance and co-operation with the event: The Haçienda Apartments (its owners, residents, and staff), Living City Asset Management, StreamGM, Homestead Properties, Tokyo Industries, Wigwam Sound, and all those lending their assistance, 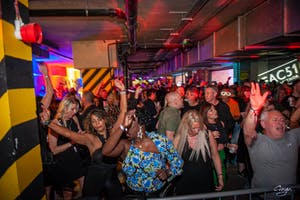 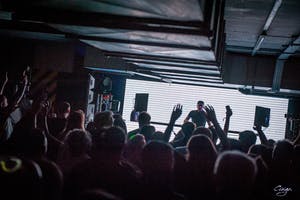 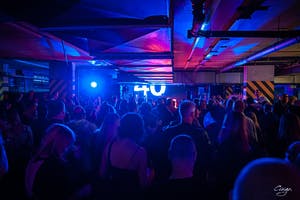