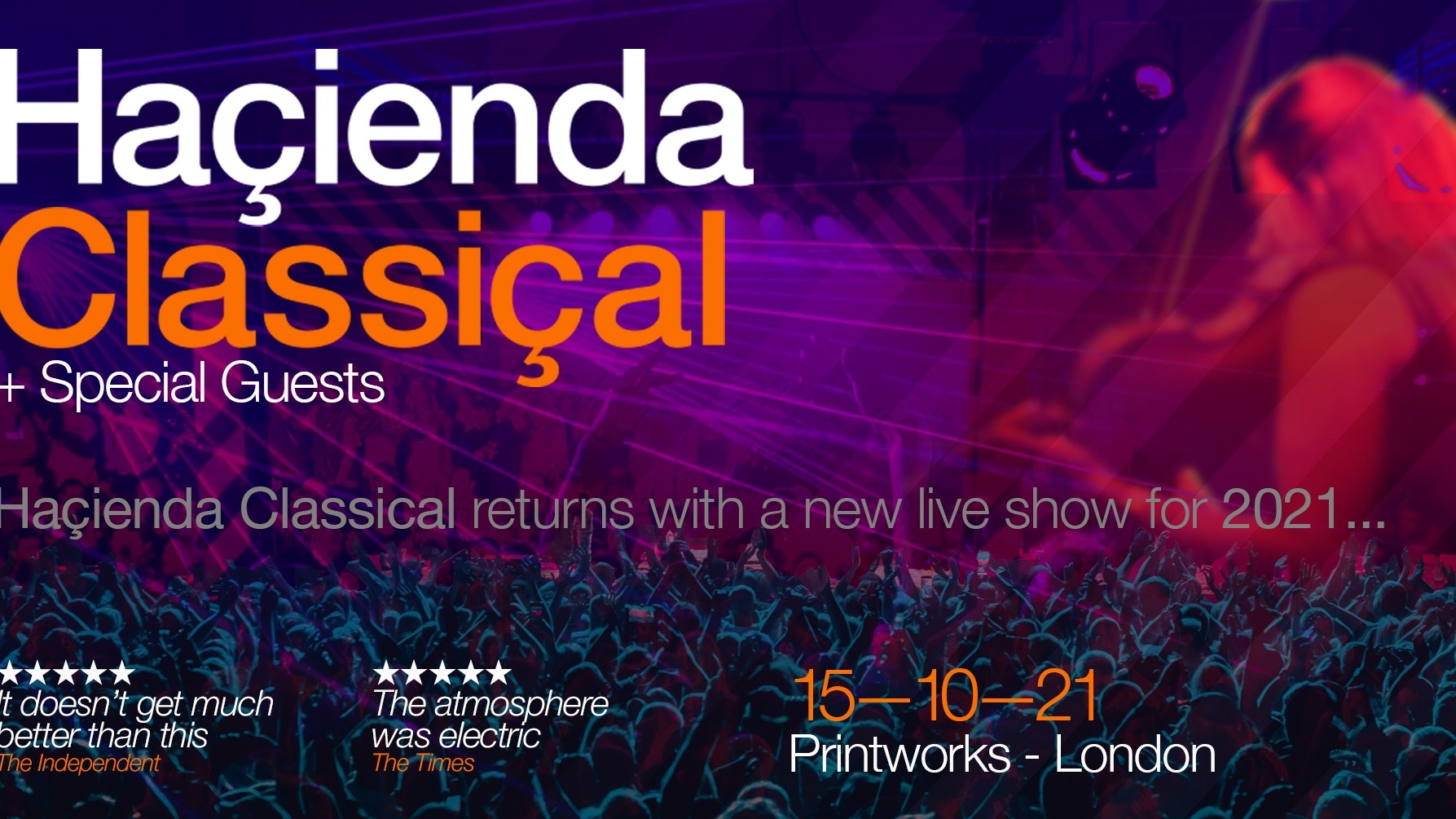 With almost two years since its last UK concert, the anticipation for the return of Haçienda Classical. the acclaimed orchestral clubbing series with DJ Graeme Park, Manchester Camerata Orchestra and special guests has remained high.

After four fully sold out hugely memorable nights at London’s Royal Albert Hall, this year sees the show move to a new London venue, Printworks for a massive club event.

As concerts and events come around again, allowing us all to come together, Haçienda Classical’s new set, soundtrack and production will be performed an industrial warehouse setting for the first in the capital at Printworks London, Friday 15th October 2021 at this club show.

Considered as one of the city’s finest venues Printworks is known for its stunning production, state of the art lighting and impeccable sound across its cavernous main hall which has seen the likes of Gorillaz and Aphex Twin play there and the first visit of The Haçienda and Haçienda Classical there seems bound to be a very special occasion.

As with previous Haçienda Classical London events, tickets are expected to go swiftly.

Matching the original club and warehouse elements of The Haçienda to the Classical experience for the first time in London, DJ’s are David Morales, Graeme Park, Mike Pickering and DJ Paulette just announced.. 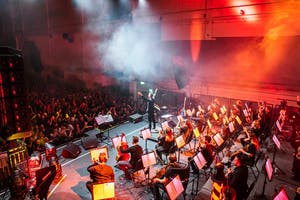 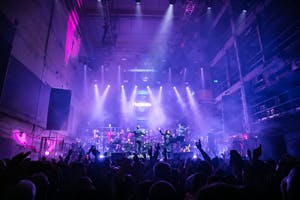 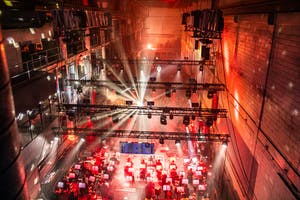 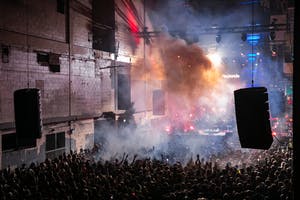