Concert set in the grounds of stunning 17th century house.

As part of the second wave of dates to be announced for 2018, Haçienda Classical with Manchester Camerata, the city’s experimental orchestra, is set to perform its new set and soundtrack for this year at Kenwood House, Hampstead, London on Friday 15th June as part of the Heritage Live Concert Series.

With the events staged in the stunning grounds of the house, giving it a unique outdoor setting but within easy reach of central London, the concert marks the second Haçienda Classical concert in the capital this summer with the show’s third visit to the Royal Albert Hall in September having now fully sold out for the third year in a row.

Haçienda Classical also fully sold out a second London concert at Kew Gardens last summer and the event has demonstrated enduring popularity in the capital since is first concert there in April 2016 so a very special atmosphere is expected for the evening in mid June.

The evening will begin with exclusive DJ sets by Orbital and Leftfield. 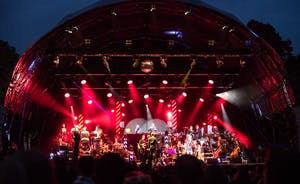 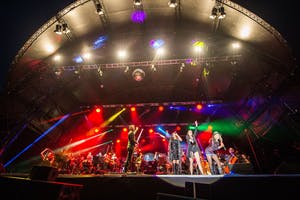 Full gallery from the event http://here.