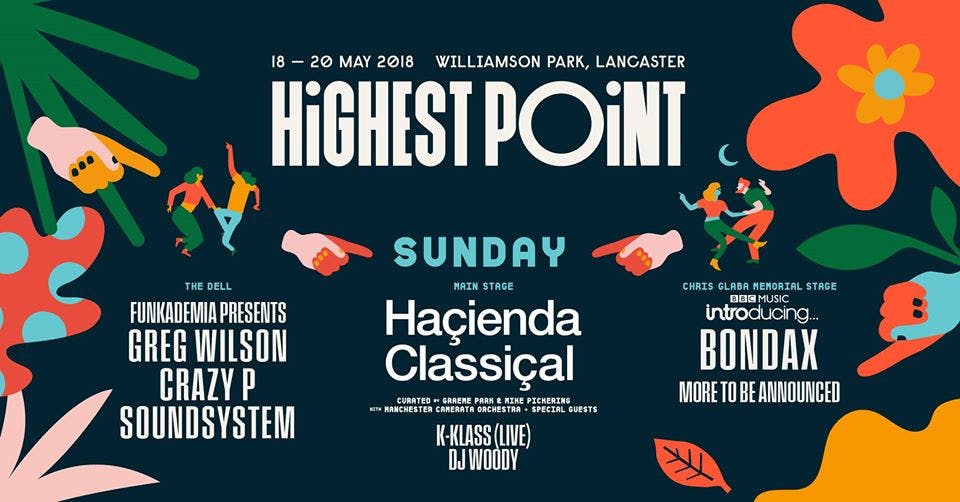 Highest Point is a new 3 day music festival set within the scenic surroundings of Williamson Park, Lancaster from Friday 18th – Sunday 20th May 2018.

Following the sell out success of our May 2016 show, there was only one way to close the weekend, the return of Haçienda Classical.

As well as the main stage, expect several other performance spaces to give you a night to remember in the heart of the Lancaster’s Williamson Park.