Haçienda Classical with Graeme Park, Mike Pickering and Manchester Camerata is to open this year’s Glastonbury Festival (official) main stage in the prestigious Friday morning slot, providing an epic performance to get the party started.

Last year’s opener on the Pyramid Stage saw The Orchestra of Syrian Music with Damon Albarn and guests in the slot. This year Haçienda Classical, which sees the clubs original DJ partnership Graeme Park and Mike Pickering reinterpret seminal dance classics with Manchester Camerata – “Probably Britain’s most adventurous orchestra” (The Times) – conductor Tim Crooks and guests, is charged with rousing the festival goers for the Friday morning start of the legendary main stage.

About Haçienda Classical at Glastonbury 2017, the project’s executive producer Peter Hook comments: “After forty years in the music business I still count my three appearances at Glastonbury as the peaks of my career, to be back with Haçienda Classical in 2017 is another landmark moment and is dedicated to Tony Wilson and Rob Gretton to celebrate their contribution to British music and culture.”

Graeme Park who along with Mike Pickering has put together the set for the Haçienda Classical concerts added: “I’m utterly thrilled to be opening the Pyramid Stage at Glastonbury this year. It’s a real honour to appear on the stage where I’ve seen so many of my favourite artists and legends play. Bringing Haçienda Classical to Glasto is a mouth-watering prospect and one that is sure to excite the Glastonbury crowd.” 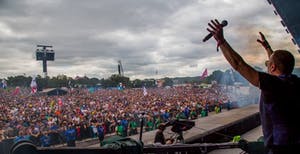 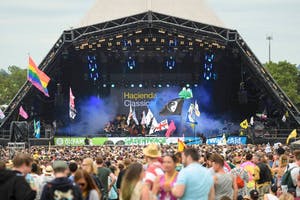