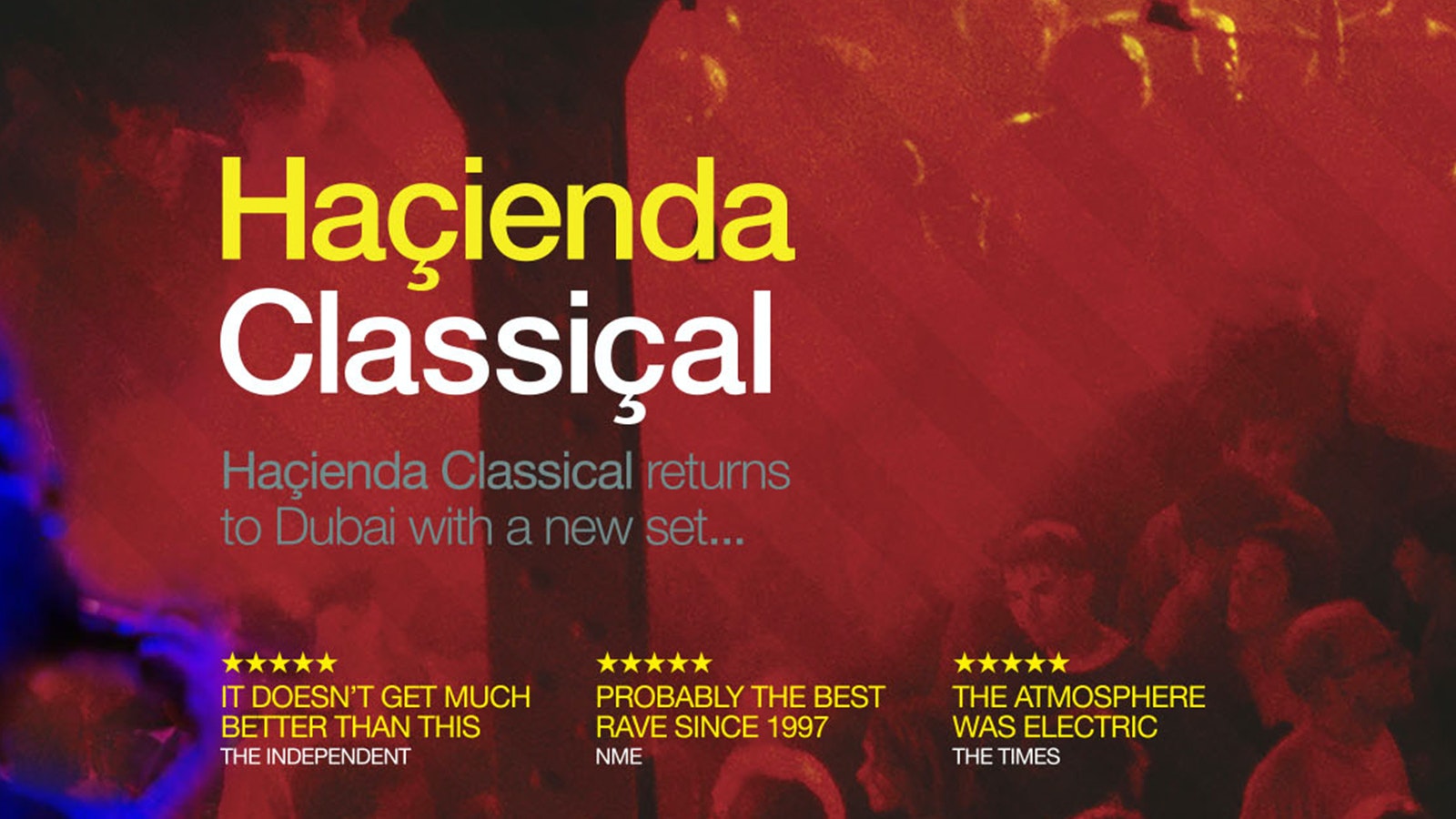 • Haçienda Classica comes back to the prestigious Dubai Opera next month with its brand 2019 set following its highly acclaimed, sold-out debut shows in Dubai last year.

• With a series of five star reviews from The Times & The Independent, Haçienda Classical has sold out London’s Royal Albert Hall four years in a row and headlined the best UK festivals including Glastonbury, Isle Of Wight Festival’s 50th Anniversary and Kendall Calling.

• As with last years’ events, Dubai Opera will be transformed into a full flat floor venue to host the atmosphere and excitement of Haçienda Classical.

Haçienda Classical with Manchester Camerata, the city’s experimental orchestra, returns to the celebrated Dubai Opera on Friday 29th November with its soundtrack of the finest dance music reinterpreted by a classical orchestra, DJ, vocalists & special guests in a nightclub style environment.

Haçienda Classical sees Haçienda DJ Graeme Park reinterpret seminal house music classics with the orchestra and has received rave reviews since starting out in early 2016. In those three and a half years, the show has performed at some of the finest venues and festivals in the UK and Europe..

With a DJ set at the centre of the production, Haçienda Classical has made its reputation as one of the most energetic of live experiences of recent years as a constant, consistent and non-stop run through throughout the set chosen by Graeme Park and Peter Hook,, which is then reshaped and remodelled by conductor and musical director Tim Crooks

Haçienda Classical has already fully sold out London’s Royal Albert Hall and Manchester’s Castlefield Bowl for four years in a row and returns to Dubai return after many requests following the two fully sold concerts in the Emirate around a year ago.

As the set is updated each year 2019’s Haçienda Classical again includes orchestral renditions of much loved classic club records from The Haçienda’s heritage, revisiting some of the tracks that have proved popular with fans as well as bringing new additions and arrangements of seminal tracks to the set.

The auditorium of the Dubai Opera will be transformed for the occasion and the venue layout changed to a flat floor to complement the club style atmosphere and excitement of Haçienda Classical.