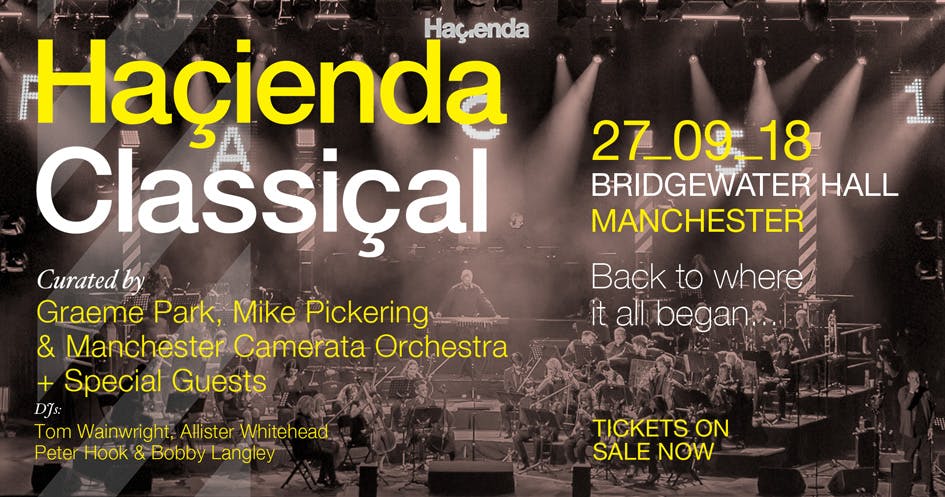 Haçienda Classical is back in central Manchester for a  homecoming concert at Manchester’s Bridgewater Hall on Thursday 27th September, returning to the venue where if held its debut concerts in February 2016 with Graeme Park, Mike Pickering, Manchester Camerata and special guests. the line up to entertain the audience prior to Haçienda Classical taking the stage.

Back to where it began, since those infamous first concerts The Haçienda / orchestra hybrid has sold out the best venues across the UK as well as taking signature slots at the most high profile festivals including Isle Of Wight and Glastonbury with the show recently performing its first European date in Switzerland.

With the staging also redesigned year on year, this soundtrack features many new additions of classics dance records to the repertoire with as the Bridgewater Hall is the closest venue to the original club , the night promises to be something extra special.

About the night, Graeme Park commentated “I’m delighted to be returning to the Bridgewater Hall in Manchester where our epic Haçienda Classical journey began on a cold February night in 2016. What was supposed to be a one-off show is  now into its third year. We’ve learnt a lot and developed the show to make it bigger and better then ever, so its thrilling that we’re going back to where it all began and just a stone’s throw from the original site of The Haçienda. This will be something special indeed.” 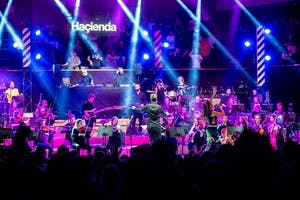 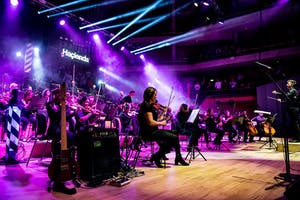 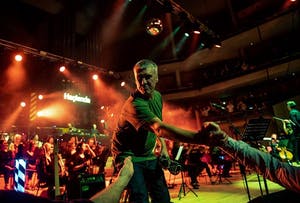 For the full gallery from the event check here.