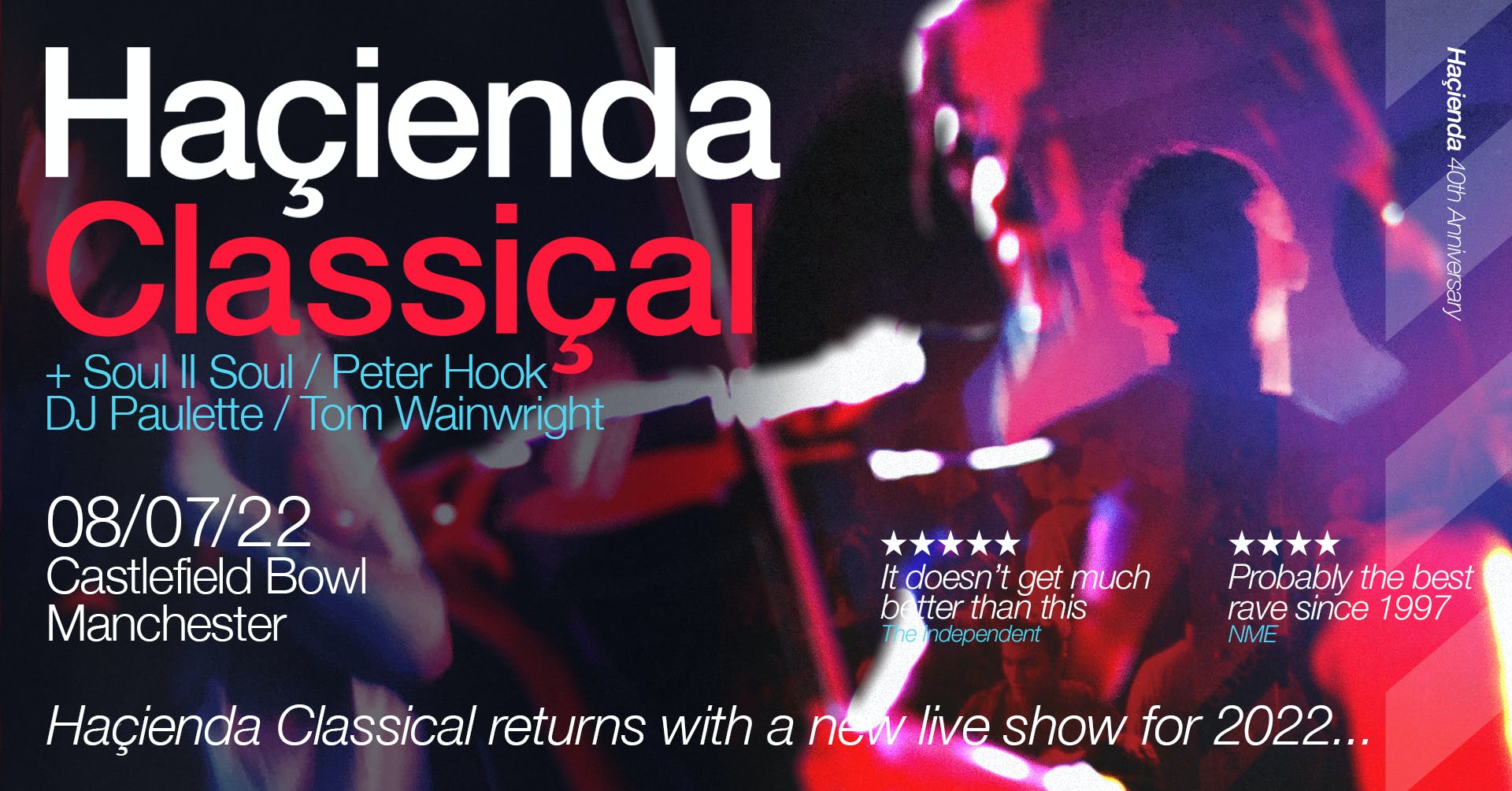 The Hac chronicled the emergence of indie to the mid 80’s and then redefined club culture as the scene adapted to the emerging dance music sounds of the UK and the US changing the cultural soundtrack.

Considered the UK’s cathedral of house music and then epicentre of the “Madchester” scene, Haçienda continues to inspire generations new and old, producing world class events that remain true to the ethos and integrity that guided the original club.

Celebrating forty years of The Haçienda all across 2022, our first Hacienda Classical events to be announced include Haçienda Classical back at Castlefield Bowl Manchester Friday 8th July 2022 for what has now become our annual homecoming party, sold out year on year and now taking place for a record six times. 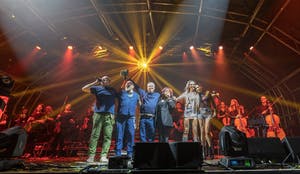 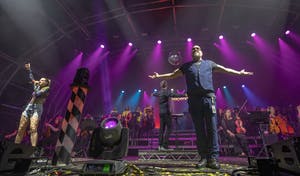 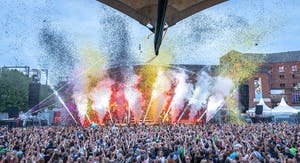 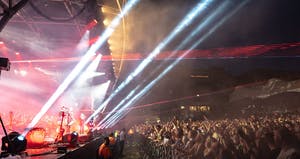