Following great critical acclaim and phenomenal demand FAC 51 The Haçienda and Manchester Camerata, the city’s experimental orchestra are bringing back Haçienda Classical in 2017 with a brand new soundtrack for the concerts at a run of shows

Follow a sold out concert at Brighton Dome as part of Brighton Festival last year, the show will return to the seaside town for a very special event at Brighton Racecourse on Saturday 9th September.

“After the first few shows of 2016 we wished we’d got to the point more quickly. The DJ set I created built slowly, just like the best DJ sets do. However, we soon realised that this concert has a different energy. The expectation of the crowd at each show is so electric and infectious so this time we’ll be hitting everyone smack in the face, right between the eyes from the very start.”

“It would have been easy to keep most of last year’s set list, but as we dug deep into the rich seam of classic tunes that were big at The Haçienda it became clear that there are so many tracks that deserve the unique classical treatment. I also think that last year’s show was so successful and inspiring that we should move forward rather than resting on our laurels.”

As The Haçienda’s dance heritage collided with the world of classical music, the concerts have been widely praised with dates selling out in minutes and great audience responses from the gigs. 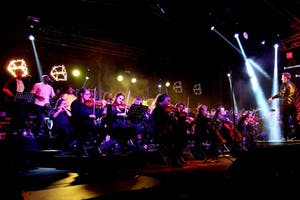 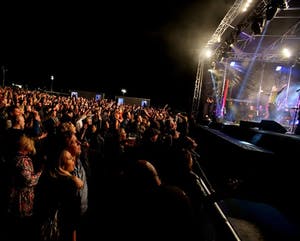 Full gallery from The Racecourse here.