STANDARD HOW HAÇIENDA GOT CLASSICAL MAKEOVER 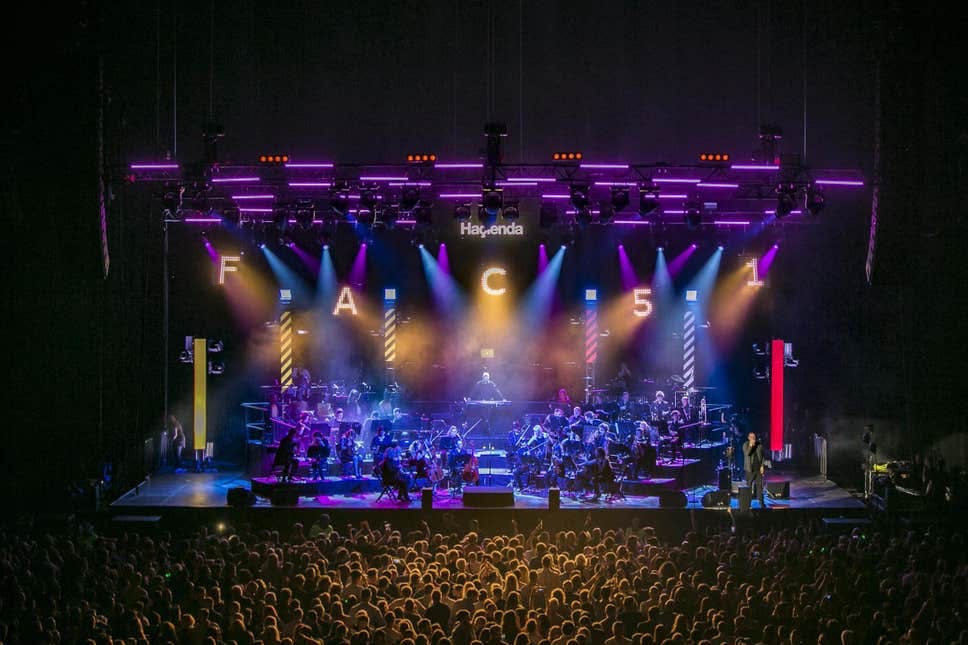 “I thought it was a s*** idea, to be honest. I couldn’t see how anyone would be interested.” That was the typically unsentimental view of former New Order and Joy Division bassist Peter Hook regarding the notion of an orchestral recreation of a vintage night at iconic Manchester club The Haçienda. 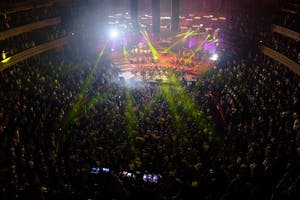 But by the time legendary Hac DJs Graeme Park and Mike Pickering began working up mixes of possible tracks and then brought in arranger and conductor Tim Crooks to score them for the Manchester Camerata orchestra and AMC Gospel Choir, Hooky had changed his tune. He also added some of his trademark low-slung bass to it, as well as using his years of experience playing live to oversee the challenges of ensuring more than 100 people on stage didn’t turn dance music history into a dog’s breakfast.

Now, the Haçienda Classical show has spread far beyond its hometown, and also been modified for summer festival appearances.

That said, it’s been a learning curve for those involved. “At first we had so many problems with sound and presentation,” Hook admits. Park adds: “The first year we didn’t really know what we were doing and just muddled through. Now we’re a lot more efficient.”

That said, while the classically trained musicians (who perform from Tim Crooks’ score to back a string of rather less conventionally inclined guest performers, such as Shaun Ryder and Bez) create a highly polished base to performances, old punks like Hooky still get the urge to venture off-piste.

“I do feel like a bit of a fraud,” laughs Hook, who co-owned the original Haçienda, “because I play by ear and, shall we say, I’m prone to improvisation, which raises a few eyebrows in the orchestra at times. I also take on two roles — I do the sound out front, then

“I run back to the stage, do Blue Monday, then I run back do the sound and then come back and do the encore. It’s a bit like the circus, when you get the hot dogs off the trapeze girl.”

Park admits that when they first played, he expected audiences to be seated like a classical audience. Straight away, the punters had other ideas.

“I’ve never heard a noise like it!” he says. “We do get a fair few people who went to the original Haçienda and love the music it played, and we get a few who’ve clearly indulged somewhat before they come to the show. It’s a real mix though: last year we did Kew The Music and I’ve never seen such a middle-class festival audience! Picnic hampers, and champagne, families with young children.”

Hook promises their festival sets, including the Isle of Wight Festival (isleofwightfestival.com; 21-24 June) and Kendal Calling (kendalcalling.co.uk; 26-29 July), will be primarily based around “a big banging massive hits party”. But the set will still be substantially revamped from previous tours, with new guest vocalists to follow the likes of Rowetta, Rae Hall and Yvonne Shelton. And there might be a few surprises too — even to the men involved.

“I’ve just heard the mix Graeme’s done for this year’s shows and there’s some tunes that I’d actually forgotten about,” says Hook. “I was too wasted to appreciate them at the time! So not only are the audience reliving their misspent youth, but we are too.”