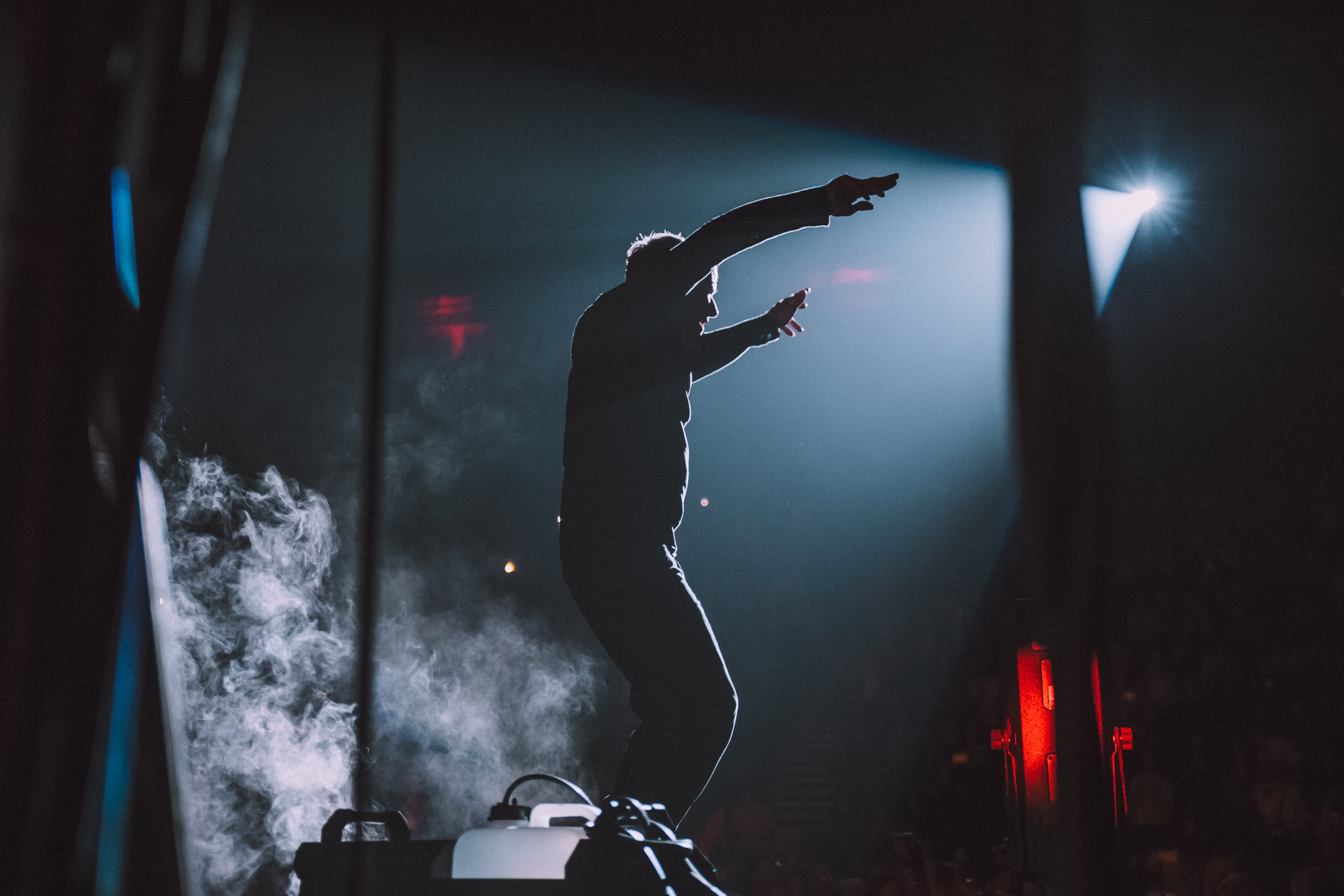 The Haçienda in Manchester was a club established in the late 80’s whose loyalty and passion championed new music at the time, such as Chicago House and Detroit Techno and with the advent of ecstasy, it truly created a scene unlike any other that still is relevant and supported today.

Haçienda Classical fuses classical music (the sophisticated Manchester Camerata orchestra) with additional percussion musicians performed live with Hacienda DJ’s Mike Pickering and Graeme Park. The concept was certainly an interesting idea to me, having partied hard in my life to such epic house music tunes. 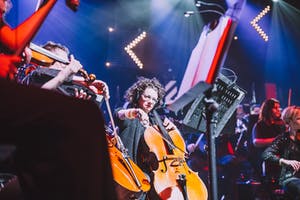 Arriving at the bar before the gig felt like old times, bumping into faces I haven’t seen for years, there definitely was a buzz in the air! Starting off the tour in Leeds at First Direct Arena was a good choice as Leeds has a loyal following to The Haçienda.

It was nice to see young and old people excited about entering the venue, a generation of people that were familiar with those songs through parents and others who experienced The Haçienda first hand. Of course it didn’t matter, it was the feeling of those songs that mattered and being able to dance to the music! The crowd in the arena certainly delivered, the atmosphere was electric; this truly was a Good Friday!

Entering the stage, an ensemble of musicians, from violins, to horns, to percussion, with DJ’s Mike Pickering and Graeme Park at the back on the decks, created a compelling artistry, a musical aesthetic that oozed progression and innovation whilst maintaining the ethos of The Haçienda. One of the most notable musicians was the keyboardist who played Chicago keys which truly embodied what House music was all about – and deservedly took centre stage. However it was always the soulful vocals and melodies that captured the spirit of everyone reminiscing to those tracks, with some amazing singers such as Yvonne Shelton, Rae Hall and Rowetta from the Happy Mondays, they all certainly brought some goosebumps into the room! Other legends who took to the stage included: MC Tunes, Bez and Peter Hook who made a welcome appearance to play ‘Blue Monday’. Peter also had the difficult task of organising the sound. 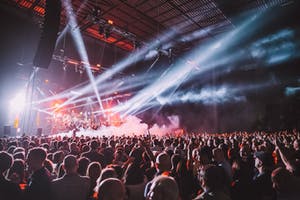 Having watched Haçienda Classical last year it was great to hear so many new tracks on the set list. Of course, they the DJ’s kept some crowd pleasers from last year -particularly the ones that made the orchestra shine such as ‘Big Fun’ and ‘Where Love Is’. There was some surprising old tracks, that brought back some nice memories and revealed how much Haçienda Classical has developed in a year. It was an audible feast with many happy punters dancing, in fact everyone was standing (although the seats were also nice to sit down and watch the event, for those showing their age!)

Overall Haçienda Classical was a total success and more than just a gig. It brought back a feeling of community to everyone who experienced it and acted as a great reminder of what Northern spirit is all about; the true ethos behind The Haçienda.

Even after the gig ended, the night was far from over as the after party beckoned! With Derrick Carter, Mike Pickering, Graeme Park, Francois K and Buckley all playing at the fantastic venue Church it was an epic experience! Peter Hook was even playing classics in the backroom. It certainly was a night to remember, long may it continue!