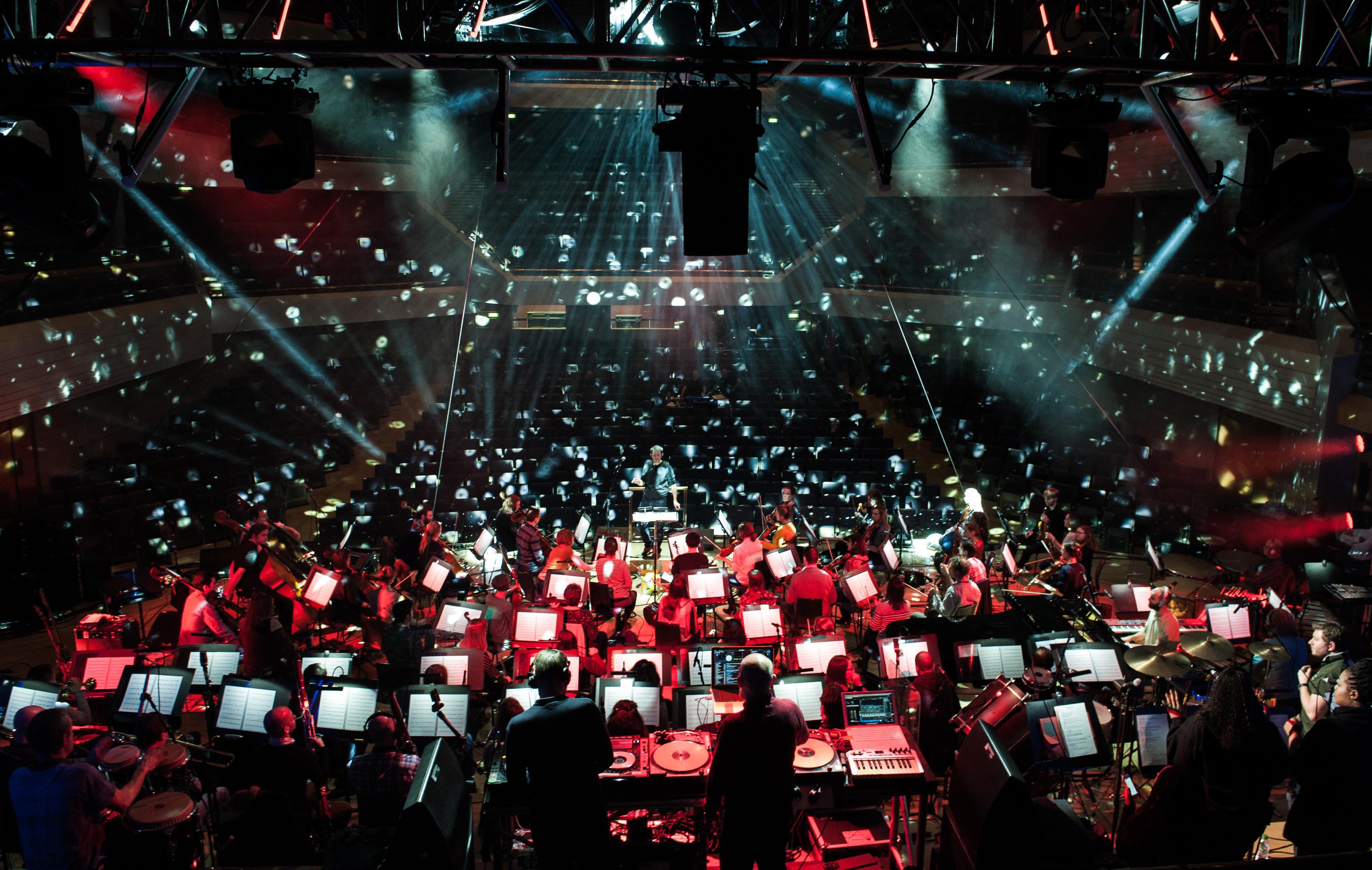 An orchestra that has tripled its audience by playing less Beethoven and Mozart and more A Guy Called Gerald and 808 State has won a major classical music award.

That was partly thanks to its successful Haçienda Classical gigs, where it covers acid house anthems.

The judges said the orchestra had “blazed a brilliant trail for what a 21st Century orchestra can do”. 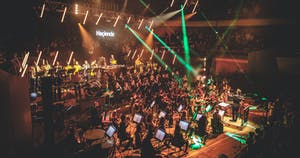 Much of that was a result of Haçienda Classical, named after the legendary Manchester nightclub, which was created with former New Order bassist Peter Hook and veteran Hacienda DJs Mike Pickering and Graeme Park.

It has attracted ravers to arenas and concert halls including the Royal Albert Hall – and will open the Pyramid Stage at this year’s Glastonbury Festival.

The Manchester Camerata has also been praised for branching out in other ways – from playing film soundtracks live, performing in rock venues and accompanying pianist Martha Argerich on tour, to working in care homes and schools.

The orchestra has “boldly re-invented itself” in recent years and “made itself an indispensable cultural asset” in the north-west of England, according to the RPS judges.

“Through its exuberant Haçienda Classical events it has brought an entirely new audience to its concerts – and, more importantly, wooed them back again and again,” the jury said.

“It has also done pioneering work in the crucial fields of education, health and wellbeing and community engagement.”

The first Haçienda Classical gigs were staged at Manchester’s Bridgewater Hall last February – and Camerata chief executive Bob Riley says the atmosphere was unlike anything its musicians had experienced before.

“It was rammed full. They were just screaming in anticipation and joy,” he recalls. “So when you walked in there it was less of an audio experience and more of a physical one.

“You could actually feel what it was like for 2,500 people to be screaming in a concert hall. Then when the orchestra came on, it notched up several levels and you could see the looks on the orchestra’s faces. It was really, ‘Wow, what’s happening here?'”

The reinvention dates back three years, when the orchestra decided to rethink its role in the face of dwindling audiences.

“Many of us sat down and questioned, why are we doing this? In a world that is rapidly changing, how do we adapt to it?” Mr Riley says.

“A lot of it was very simple – [we thought] we are struggling to get people into a concert hall. Where are they? Let’s go to them.”

The orchestra still performs traditional classical concerts, and Mr Riley says it still plays “a lot of Mozart and Beethoven” – just not as much as it used to.

“We’ve had to reallocate that resource into projects that are going to bring something that takes us to a different place, further forward.

“And that’s a challenge. That’s difficult for the orchestra because people train very hard to play a lot of that traditional repertoire and an orchestra needs a certain balance of that in order to operate well. I think we’re still managing to keep that balance, but it’s fairly hard.” 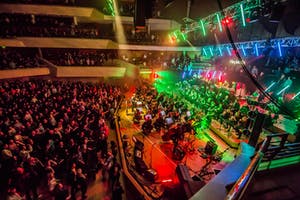 And some of the orchestra’s aficionados haven’t been impressed by the change of direction, he admits.

“Quite a lot of people have said, ‘We miss hearing you playing baroque music, we don’t like this new-fangled stuff, we don’t like coming to this new venue.’

“But when they have been, and have seen it, they have very often come to me afterwards and said, ‘Now I understand. This is a completely new audience and for the future of the orchestra I get it.’

“Maybe they don’t like it, but they definitely understand.”

As well as Glastonbury, Haçienda Classical will visit a number of festivals and outdoor events this summer, and has just announced a homecoming show at Manchester Apollo in November.