BBC – IN A LONELY PLACE 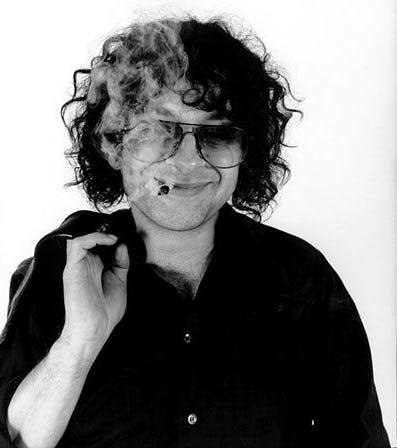 Apart from the Smiths, Martin Hannett produced almost every one of the most important Manchester bands of his era. Buzzcocks, Magazine, Joy Division, New Order, the Stone Roses and Happy Mondays all benefited from his unique talent. Between 1977 and 1991, Hannett produced some of the most startling and exciting music, as well as some of the biggest hits, but he’s best remembered as a mainstay of Factory records.

Factory boss Anthony Wilson says that Hannett was integral to the record label.

“Martin was as important as Peter Saville and Rob Gretton to Factory Records. It’s strange when you think about it, but Alan Erasmus and I got to work with the greatest manager, the greatest designer and the greatest producer.”

Hannett’s talent came from his fascination with sound, a passion that started early, as Mancunian musical stalwart Bruce Mitchell recalls.

“I knew him when he was a student and he was very strict with himself. He’d go without food to buy the most expensive new speakers. He was obsessive about sound. He was always after specialist sound equipment. If there was a better studio, he’d want to move to there, which had a commercial impact when the band wasn’t selling many units, but Martin didn’t think like that.”

It would be this compulsive streak in Hannett’s character that would bring him his biggest successes, but ultimately lead to his demise. After a rift with Factory in 1982, an addiction to heroin and excessive weight gain led to heart failure aged just 42. Always a man to play to his own agenda, Mitchell remembers Hannett as being “comical, but his jokes were his own, they were often obscure.”

Hannett’s style of production was quite unlike anyone else’s. Peter Hook, who worked with him as a member of both Joy Division and New Order, recalls that the producer “didn’t think straight, he thought sideways. He confused you and made you do something you didn’t expect. He was like Pan; he loved making mischief and messing things up, just to see what happened.

“Derek Bramwood of Strawberry Studios [where Joy Division made Unknown Pleasures] said that you can take a group that have got on brilliantly for 20 years, put them in a studio with Martin and within five minutes, they’ll be trying to slash each other’s throats.”

But Hook is sure that Hannett was only as good as the songs he was handed.

“We gave him great songs, and like a top chef, he added some salt and pepper and some herbs and served up the dish. But he needed our ingredients.”

Vini Reilly, a Factory artist from the beginning, sees Hannett’s process a little differently, saying that he was like “a big brother”, who patiently worked around Reilly’s many ideas, though he does agree with Hook that Hannett had some unusual techniques.

“He’d pull your brain around until you were in the right frame of mind to produce something special. He’d get you to a zone of creativity where you could produce something remarkable, and he was very patient in doing it. He wouldn’t stop.”

The reality of the man probably lies somewhere between the two. Bruce Mitchell describes him as “good company but badly behaved”, “an innovator” with “a maniacal and meticulous vision. It was always his gig. He was a bit like Phil Spector, in that you might be in the band, but he was in charge of the music.”

But all of this doesn’t get to the heart of why Hannett has had such an impact on music. Anthony Wilson, who worked with and fell out with Hannett probably more than anyone else, explains that the producer did something that few had done before or since – he changed music twice.

“Great producers normally just do one thing and that usually goes hand in hand with technology. I remember Martin said to me that just as I could name the moments in history when music changed, he could name the engineer, studio and piece of equipment involved. I believe he probably could too.

“The first time he moved music forward was with the digital delay machine, which changed drum sounds forever. Did you know the most sampled track in hip hop history is ESG’s You’re No Good? That was Martin Hannett in a New York basement with three great singers.

“The second thing he did was that he was the first person to solder wires from the back of archaic computers to keyboards, thus making the first modern music. For 10,000 years, music had been two things, rhythm and melody. Martin’s innovation meant that he got both across in a single input.

“An early example is Joy Division’s Isolation, but the archetypal sound is that of New Order’s Everything’s Gone Green. It’s always Blue Monday, which the band produced themselves, that gets the credit for that achievement, but I always say that they only learnt how to do it by watching Martin for five years.”

Hannett’s place in musical history is assured, thanks to the numerous critical successes he achieved, but for the people who knew him, Hannett will always be a bit of an enigma.

Bruce Mitchell laughs when he remembers the producer, saying that “he could be very difficult and spend your money“, while Peter Hook calls him “a troubled genius.” The last word, though, has to go to Anthony Wilson.

“Producers are always eccentric, but Martin was one alone,” Wilson smiles, “I remember the announcement in Empire magazine that said Andy Serkis was going to play Martin in the upcoming Michael Winterbottom film [24 Hour Party People].

“Andy Serkis, of course, had played Gollum and was going on to play King Kong, and the quote was that at last, Serkis gets to play someone who is really weird.”