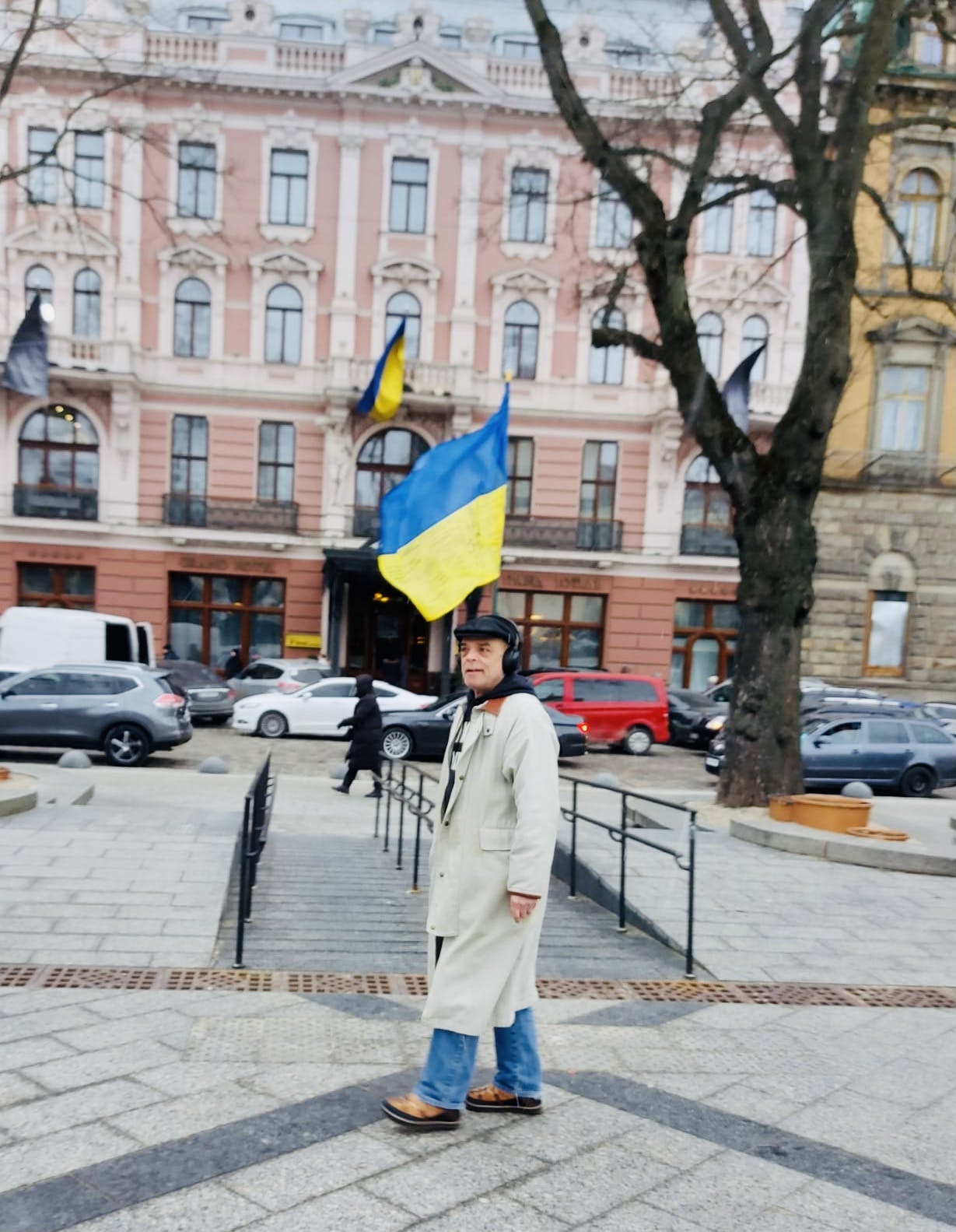 Alan Erasmus (aged 72) the founder of the iconic Factory Records, is currently in Lviv, Ukraine, to lend support to the Ukrainian people, particularly by way of fund-raising for projects being set up to support refugees.

Alan has journeyed across the west of the Ukraine from Krakow by coach, personally witnessing the huge migration of people west from the war-torn east, arriving in the middle of the night in Lviv when large number of refugees were arriving and being helped by volunteers to temporary accommodation.  There he shared a hostel room with a family about to be separated with the husband about to leave for the front.

Alan says that words failed him to describe the scenes he witnessed, reporting that “This is the news that needs to be out there”.  It is the personal human impact that Alan wants to address and he adds;

“I have fought bullies of one kind or another all my life.  Putin is no different.  This is a very, important moment in history.” 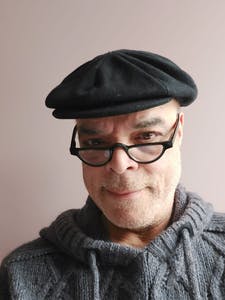 When in Krakow, he made contact with a project which is finalising the publication of illustrated children’s Polish/Ukrainian dictionaries so that refugee children won’t lose out on their education and can start to learn again without much interruption in Polish schools.  Alan is also in the course of identifying other refugee projects in Krakow who are ready to accept funds and which will particularly support young families in need.

Already Alan and his team back in Manchester are collaborating with the Legacy of War Foundation, an international charity lending support to civilians affected by conflict.

Alan says, “Seeing the queues of refugees looks normal at first glance.  There are lines of Western European families, not the typical images of refugees familiar from the TV, in smart winter clothing as if they were queuing at the airport for a ski-ing holiday.  When you get closer, you realise that it is no holiday that they are on – they have all the belongings they can carry, kids with pull along cases, cats and dogs on leads and bags and they are actually fleeing from the Russians.”

“This is a huge displacement of people – they all need our help”.

You can support and help Ukraine by donating to Legacy Of War Foundation at the Alan Erasmus Goes To Ukraine Just Giving page here – https://bit.ly/AlanErasmusUkraineJustGiving 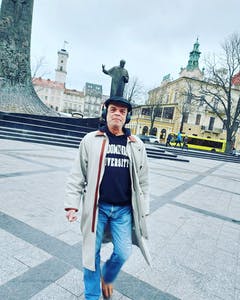 Who is Alan Erasmus?

Born 1949, Wythenshawe, Manchester to a Jamaican Father and Irish Mother.

Alan began his career as an actor.  He took up acting as he didn’t see anyone like himself in the theatre or on TV and wanted to inspire other black and mixed heritage people to do the same.  He started as a Assistant Stage Manager at the Gateway Theatre in Chester before moving to London.

In the 1970s he founded and was the powerhouse behind the iconic Factory Records, label of Joy Division, New Order, Happy Mondays and owner of the Haçienda, Manchester with Anthony Wilson coming on board to provide start-up finance.

Why did Alan go to Ukraine?

Although Alan is a private individual, he is foremost a humanitarian.  His concept for Factory was that it would be a platform which would raise funds for social projects.  His kindness and generosity are well documented.

He has suffered at the hands of bullies and racists all his life. He was shot in the head confronting racists when he was only 5 years old.

“I have fought bullies of one kind or another all my life.  Putin in no different.  This is a very, very important in history. “

Alan has long been a humanitarian, having travelled to Guinea West Africa during the 2014-16 Ebola epidemic to take aid.

He also took aid to Idomeni in Greece which was the main crossing point on the Greek-Macedonian border for Syrian refugees using the Balkan corridor to escape conflict in Syria.

When did he leave? What was his route?

Alan flew to Krakow, Poland on Wednesday 3 February 2022.  He spent a couple of days there before catching a coach from Krakow, Poland to Lviv, Ukraine.

Where is he now and what are his plans?

Alan is currently in Lviv, Ukraine.  He will stay there to help as he can and to support the Ukrainian people.

What is the charity he is fund raising for?

Legacy of War Foundation was set up because we wanted to do things differently, to challenge the traditional neo-colonial concepts in the aid sector, and design a model that was beneficiary-led and localised.

The beneficiary (we prefer the term ‘partner’) should take the central role in design, implementation and control of projects.

As an organisation and as individuals, we at Legacy of War Foundation have a long relationship with Ukraine.

‘It’s simple; each project we are involved with must be, wherever possible, designed and implemented by those we are supporting. The most under-used resource by most charities is the beneficiaries themselves.

“Resilience, experience and an understanding of the local situation are some of the attributes of the beneficiaries; whose own hopes and dreams are often disregarded.

“As an organization, our first question is always “tell us how you think we can best help you? It’s through this philosophy that we can gain real participation and support communities as they empower themselves’

For example. when Alan was in Krakow, he met Krystian (owner of craft beer shop / bar in Krakow) who with other individuals are working on publishing a Ukrainian/Polish illustrated dictionary to meet the needs to refugee children coming to Poland.

Their next projects will be Polish/Russian dictionaries for children as one third of the refugees are Russian speakers. Donations will be used to support this and other projects in Ukraine,

How will funds raised be spent?

Legacy Of War will ensure that all funds and support raised will go directly to Ukrainian organisations on the ground that have a history of working with vulnerable groups. By working this way, we assure that all funds go directly to those who need it unlike other NGO’s where funding goes on their overheads and international staff. These groups will be focussed on education, rehabilitation and the most vulnerable.

It is very important that refugee children are able to continue their education as quickly as possible.  The schools are in Krakow and elsewhere in Poland are in urgent need of supplies such as paper, pens and books.  They may not be the immediate recipients of the major aid organisations whose primary focus is the needs of the refugees arriving with nothing at the border.

How is Alan funding himself – will funds raised go towards Alan’s upkeep in Ukraine?

How long does he intend to spend there?

He only bought a one-way ticket!  He will be there as long as he feels he is serving a purpose.